More take than give2 min read

Our general secretary, Kate Ashbrook, considers the new threat to open spaces from the government’s proposed demolition of the planning system. Step by step our cherished planning system is being destroyed. Last year we slated the government’s white paper, Planning for the Future. Now government intends to extend permitted development rights. This would mean that schools, colleges and hospitals can be extended without planning consent—threatening open spaces, and slashing local democracy and public participation.

A coalition of planning professionals and countryside, wildlife and heritage groups, including the society, is promoting a Vision for Planning. Among much else this manifesto proposes the protection and enhancement of open spaces, ensuring that everyone has one within five minutes’ walk from home, making it easier to designate ‘local green spaces’, and strengthening the protective measures which apply to them. 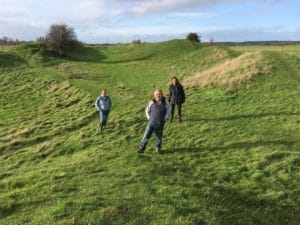 Dorchester on Thames, Oxon. Dyke Hill with the new landowner, Keith Ives (centre). Louise Aukland (left) and Becky Waller (right) submitted an application for this to be registered as a village green

But it is likely that the government will do the opposite for the local green space designation. It proposes to review the national planning policy framework which, in 2012, introduced local green space. This was intended to pacify opponents of the law which had made it difficult to register land as a green (eg because it was threatened by development). Local green space is designated through neighbourhood and local plans, but such plans—and therefore spaces—are at risk in this new world of minimal community involvement.

This is why we urge ever more strongly that people encourage landowning local authorities, including parish and community councils, voluntarily to register their land as town or village green—looking to the examples set in Scorton in North Yorkshire and Henley-on-Thames in Oxfordshire. And we should press for registration to improve a development (as secured by us at Witney in Oxfordshire).
The alternative, which is more work, is for communities to identify now—before it is threatened—any land which has been enjoyed for 20 years’ informal use without challenge or interruption, and is thus eligible for registration as a green.

Worryingly, even greens registration may not be quite the strong measure we had believed. The supreme court has ruled that the landowner’s use of a working port at Mistley in Essex, which has happily been registered as a green, may continue despite registration. 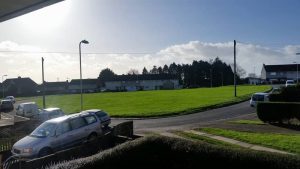 The court said that the protective legislation (the Inclosure Act 1857 and the Commons Act 1876) does not criminalise those activities and that public use must rely on ‘give and take’.

As a result, we fear that we shall in future see more take than give on greens—but registration is still the best option in the face of government’s determination to destroy the planning system, and with it our open spaces.