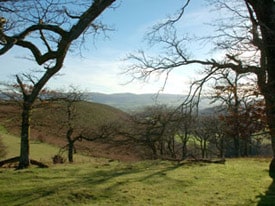 The Open Spaces Society was founded in 1865 as the Commons Preservation Society.* It is Britain’s oldest national conservation body. Its founders and early members included John Stuart Mill, Lord Eversley, Sir Robert Hunter and Octavia Hill. The last two founded the National Trust in 1895 along with Canon Rawnsley.

Lord Eversley, as George Lefevre, was a Liberal MP and became a junior minister at the Board of Trade in Gladstone’s government. He held a variety of posts including Commissioner of Works. He opened Hampton Court Park, Kew Gardens and Regent’s Park to the public.

Over the last century the society has preserved commons for the enjoyment of the public. It has also been active in protecting the historical and vital rights-of-way network through England and Wales.

After both world wars the society’s difficult task was to reinstate much common land which had been used for defence and food production.

In the late 1960s, following the enactment of the Commons Registration Act 1965, we worked hard to register common land and common rights, in the far-too-short three years allowed by the act. Many commons were lost through failure to register them.

Much of our work is about the preservation and creation of public paths – footpaths was included in the society’s title after it amalgamated with the National Footpaths Preservation Society in 1899. Before the introduction of official maps of public paths in the early 1950s, the public did not know where the paths were. We helped to campaign for paths to be shown on Ordnance Survey maps.

After several changes of name, the society is now known formally as the Open Spaces Society. Today the Society has its headquarters in the attractive town of Henley-on-Thames in Oxfordshire. It has over 2,300 members throughout England and Wales.

Our principal work includes helping our members protect their local common land, town and village greens, open spaces and public paths, and answering their queries. We advise the Department for Environment, Food and Rural Affairs and National Assembly for Wales on applications for works on common land, and we are notified by local authorities whenever there is a proposal to alter the route of a public right of way. We campaign for changes in legislation to protect paths and spaces.

We have always been at the forefront of the campaigns to protect common land. In 1986 the Common Land Forum, comprising all the interests in common land, recommended that there should be a public right to walk on all commons coupled with management of the land. (All commons have a landowner, ranging from a public body to a private individual.)

The then government backed the forum’s proposals for legislation and promised to introduce such a law – but it broke the promise. More than a decade later, we won the right to walk on all those commons which previously had no access, subject to certain restrictions, under the Countryside and Rights of Way Act 2000.

There is a lot for a small society like ours to do, but we are persistent in our defence of your rights to enjoy the countryside and towns. We greatly appreciate the support of our members.

The society is always pleased to give talks about its work, and in February 2022 our general secretary spoke at a workshop, Accessing Land Justice, at Cambridge University.  She gave a brief introduction to the Open Spaces Society, its history, successes, and current concerns, with particular reference to its work on common land.  You can watch the video here. 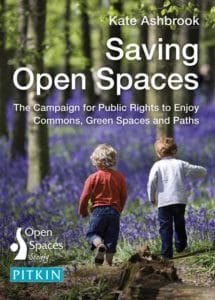 Our general secretary, Kate Ashbrook, has written a short book about the first 150 years of the society's history called Saving Open Spaces, originally published by Pitkin and reproduced here.

Read more about some of the key people who have shaped our history.

* Our member, The Friends of Panshanger Park, tells us that there is a local link to the Panshanger Estate and the Cowpers. The brother of the 6th Earl Cowper (George) was on the Select Committee in the 1860s looking at the Enclosure Acts. His name was William Francis Cowper, 1st Baron Mount Temple. This committee is credited with setting out the principles which went on to form the Commons Preservation Society. The Friends understand he was also involved in the saving of Epping Forest in 1871.