Along with 250 other organisations, we have signed an open letter to the Home Secretary and Justice Secretary calling on government to rethink the Police, Crime, Sentencing and Courts Bill which has its second reading on 15 and 16 March, having been introduced to parliament only days before. 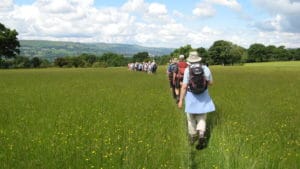 The bill creates numerous new criminal offences, which affect our rights to peaceful protest and our ability to camp on land. Much in the bill is uncertain and ill-defined, and we are anxious that it could create a climate of hostility in the countryside, with innocent users nervous of exercising their rights for fear of doing the wrong thing, and landowners having a new confidence to challenge them. The concerns we have expressed previously remain.

We are keeping a close watch on the bill and working with other organisations to protect our rights of access.