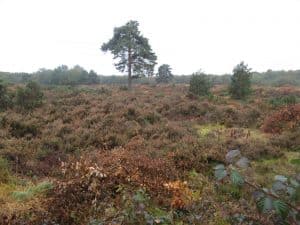 Yateley Common as it should be

British Car Auctions (BCA), which occupies part of the former Blackbushe Airport on Yateley Common in Hampshire, has withdrawn its application to the environment secretary for consent for works on the common. The application was made under section 38 of the Commons Act 2006.

We had objected to the application. We were concerned that the existing and proposed works there are inconsistent with the status of land as common, where people have the right to walk.

The society has written to BCA to ask if it now intends to remove those works and return the land to common, and to confirm that it will not undertake the works for which it applied for consent.

We deplore the state of the common at Blackbushe and hope that BCA now intends to remove the clutter and reinstate the land as open common for public enjoyment and for wildlife.