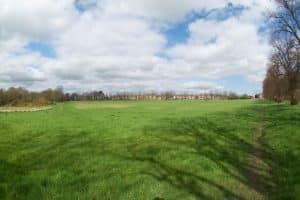 A new ‘Battle of Knutsford Heath’ is brewing in Cheshire East. TV chef Tom Kerridge plans to present ‘Pub in the Park’ on Knutsford Heath, which is protected common land, from 7 to 9 September 2018. We are calling for Knutsford Heath instead to be kept open to the public for quiet recreation.

The society has censured proposals by the heath’s owner to stage the event on the heath, which would interfere with public access and deprive local people of the use of part of the heath for ten days in the late summer.

Says our case officer Hugh Craddock: ‘Knutsford Heath is at the heart of the town, and subject to a public right of access for ‘air and exercise’ under section 193 of the Law of Property Act 1925. The Tatton Estate has agreed to allow a commercial event to take place on the heath, without regard for the public right of access. But Knutsford Heath is not a public park—it’s an ancient remnant of England’s once extensive commons, and subject to special legal protections.’

Hugh continued: ‘The licensing conditions for the event require the organisers to be able to restrict access to the enclosures. Either this will unlawfully exclude public access, or the organisers will be in breach of their licence.

‘Until then, the organisers should abandon plans for the event, or move it to a more suitable site where public access would be welcomed rather than restricted.’