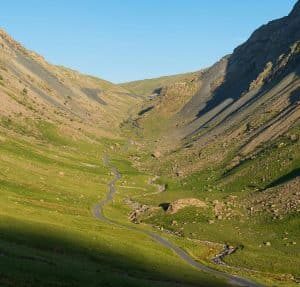 The committee overturned the recommendation for refusal from national park planning officer Kevin Richards.  The application was also opposed by the government adviser, Natural England, the Friends of the Lake District, Cumbria Wildlife Trust, Wainwright Society, Buttermere Parish Council and 124 other objectors.

The national park authority rejected a similar application in 2012.  The objectors point out that since then the Lake District has been designated a World Heritage Site so the case against the development is even stronger.

Says our general secretary, Kate Ashbrook: ‘The zip-wire would be an unacceptable intrusion in this wild area; it would be highly visible from the adjoining fells and would create an irreconcilable conflict with the protection of the natural beauty of the park.  We consider it to be contrary to the purposes of the national park, and to breach the Sandford Principle which requires that, where conservation and recreation are in conflict, the park authority must give priority to conservation.

‘Now that the Lake District is a World Heritage Site it deserves even greater protection.  We believe that the park authority members have demonstrated a lamentable lack of care for this splendid and unique area.

‘The committee members have overruled the expert advice of their officer, and we fear that this will set a precedent for allowing inappropriate development in national parks.

‘While we are not against zip-wires or adventurous recreation, we consider that this one is most definitely in the wrong place.

‘We shall talk to the other objectors about what action we might take.  We do not consider this battle yet to be over,’ Kate concludes.