We back bid for new greens in Battle, East Sussex2 min read

We are backing our member, Mr Bev Marks, who is spearheading a campaign to protect Battle’s green spaces for ever, by registering them as town or village greens. 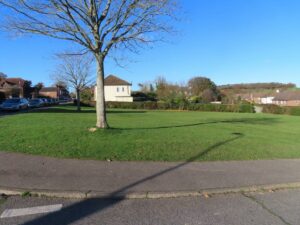 Bev has proposed to Battle Town Council that it persuade the owners of four green spaces voluntarily to register them as greens. The spaces have been earmarked in the Battle Civil Neighbourhood Plan as ‘Local Green Space’, a designation which affords some protection from development but does not secure it for ever. Two of the sites have been the subject of sell-off suggestions over the past three years and are therefore potentially at risk.

Bev, on behalf of the Battle Neighbourhood Plan Steering Group, proposed that the owners (mostly local authorities) voluntarily register the land as greens with East Sussex County Council. This would give local people rights of recreation there and protect the land in perpetuity. 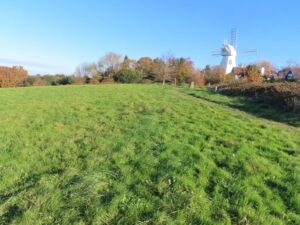 Says Nicola Hodgson, one of our case officers: ‘We congratulate Bev and his group in their efforts to persuade the owners to register the sites as greens. This will give them full protection for recreation. We have always been sceptical of the Local Green Space designation with its unclear criteria; we fear it does not give proper and lasting protection against development.’

Says Bev: ‘I am keen that Battle Town Council should accede to our request when it next meets on 21 December. We shall put our case strongly and are delighted to have the backing of the national Open Spaces Society.’