While we welcome the new Environment Act, we consider it to be a missed opportunity for public health and well-being. We tried to win legally-binding targets for public access but the government rejected our proposed amendments. The act gives many more responsibilities to cash-strapped local authorities without providing the funding, and to a new environmental watchdog which has few teeth.

Despite its title, the Environment Act contains many planning-related provisions. This is probably as well because it now appears there will not be a new Planning Act but instead a ‘Levelling-Up Act’ with only a few planning matters.

Biodiversity net gain
Under the Environment Act, all new developments, including national infrastructure projects, will be required to deliver a 10 per cent net gain in biodiversity.

The minimum duration for biodiversity net gain (30 years) can be reviewed by the Secretary of State for Environment, Food and Rural Affairs, and increased if appropriate.

The new biodiversity metric, used by developers and planners to calculate the net gain requirement, will be subject to parliamentary approval.

Ministers will have to review the amount of land being entered onto the new biodiversity-gain site-register. The publicly-available register must be set up for each development site and maintained for at least 30 years after the scheme has been completed.

The act introduces the power for the Habitats regulations to be amended by the government. Worryingly, this could lead to a watering down of the protections.

Local authorities will have to produce a biodiversity report every five years, and these reports will be used to update LNRS.

New, toothless watchdog
The act creates the Office for Environmental Protection (OEP), for England and Northern Ireland, to uphold environmental laws. It is intended to hold public authorities and ministers to account if they fail to comply with environmental laws. In the final debate Lord Goldsmith committed orally to operational independence of the OEP, but in previous debates the government has said it needed to have some guidance powers over the OEP, so it remains to be seen how this evolves. At present it looks as though the OEP will have little authority.

Courts
Grudgingly and at the last minute, the government gave the courts slightly stronger powers than were in the original bill. The courts will now have the ability to grant legal remedies where environmental laws have been breached, and in some circumstances to grant a remedy to address behaviour or damage even if it causes substantial hardship to the rights of a third party. 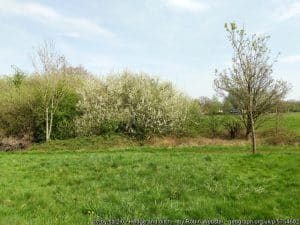 Environmental principles
Organisations will be required to ‘pay regard’ to environmental principles but with some exceptions. The five principles are: integration, prevention, precautionary, rectification at source, and polluter pays. But the Ministry of Defence and Treasury are exempt from this part of the act. In any case, instead of putting the environment at the heart of policy making, these are merely guidelines and moreover do not include anything on public access.

Targets, or lack of
The environment secretary will be required to set legally-binding targets, on air quality, biodiversity, water, resource efficiency, and waste reduction, but not interim ones. On our behalf Peers tabled amendments to include public access in the list but the government rejected these. The targets will not be proposed until late 2022. However non-legally binding interim targets will be monitored as part of the government’s Environmental Improvement Plan (EIP). The current 25-year plan will be adopted as the first EIP. The OEP is intended to hold the government to account for meeting these targets.

The government refused to match World Health Organisation guidance on targets to reduce particulate-matter pollution in line with WHO guidelines.

Air quality
The Environment Act 2021 amends the Environment Act 1995 to strengthen the air-quality management framework to enable greater co-operation at local level. The environment secretary will be required to review Air Quality Strategy at least every five years. The act amends the Clean Air Act to give local authorities more powers to reduce pollution for domestic burning.

Trees
Trees have gained some protection. Communities must be consulted before street trees are felled. There is increased action on water pollution and a welcome commitment to halt species decline by 2030.