Misdeeds and no deeds2 min read

On 28 September the Prime Minister pledged to protect an additional 400,000 hectares (1,562 square miles) of England’s countryside to support ‘the recovery of nature’.  A fine promise but what does it mean?

The recovery of nature is immensely important, so too is the recovery of people.  The pandemic has shown the value of local green spaces to health and well-being, but they need stronger laws and duties to protect them. 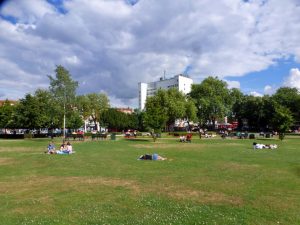 Despite the PM’s airy promise of protection, the destruction of countryside continues apace—eg the £27 billion road-building plan, the HS2 railway, and indiscriminate housing.  The government’s white paper explodes the planning system which has sensibly controlled development since 1947.

Meanwhile, ministers threaten to criminalise trespass, and we have yet to see how far this proposed denial of freedom will go.

True the England Coast Path and its adjoining access land are nearing completion (thanks to the hard work of Natural England and volunteers); and government has launched a ‘green recovery fund’.  But Julian Glover’s review of protected landscapes in England, published over a year ago, is left to languish.  On the anniversary, 13 organisations, including the society, urged the environment secretary to publish his response.  Glover recommended, among much else, that the national parks and areas of outstanding natural beauty should have greater protection, and should widen their attraction for all parts of society.  This will need legislation, but none is forthcoming.

The prospects for post-Brexit agricultural funding are equally unsatisfactory.  On this we have hung hopes of money for more and better access, but the government has given no indication that it will withdraw grants from those who abuse public paths or deny public access.  Nor will it clarify how the funding will work on commons—which need it to maintain traditional grazing and management, for the benefit of all. 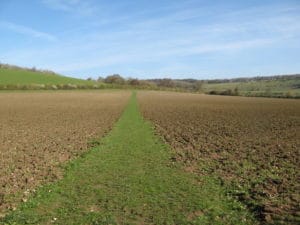 Uncultivated path across ploughed field in Turville, Bucks. We are supporting incentives for leaving cross-field paths undisturbed like this one

In line with these uncertainties is the government’s refusal to extend the year-end deadline for re-registering commons in seven pioneer areas.  An extension is urgently needed to compensate for the closure of archives during the pandemic, a simple shift but the minister makes excuses.

It feels better in Wales.  The Welsh government’s Placemaking Charter involves communities in local development and in securing safe streets and spaces.  Extra money has been granted for rights-of-way improvement and for protected landscapes.

The Westminster government should learn from Wales.  Promises are meaningless without actions.