We are dismayed that environment minister John Gardiner has refused to extend the deadline for re-registering lost commons beyond the end of December 2020.

The society is concerned that, in seven English local authority areas1, the deadline for registering lost commons is 31 December, less than four months away.  The research to uncover lost commons requires visits to records offices and other archives, which in many counties have not been possible since mid-March.  In order that unregistered commons should not be lost for ever, the society argues that the deadline should be extended. 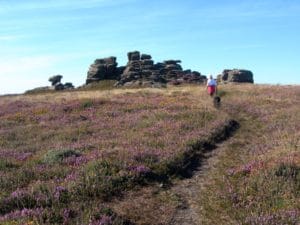 The society sent Lord Gardiner information about the record offices in the seven pioneer areas.  At the end of August, the archives in Cornwall, Hertfordshire and Lancashire were still closed. The others will either open in September or are already open, but with reduced visiting times and capacity, making research difficult and more time-consuming.

In order to extend the deadline, it is necessary to amend the end date in the regulations, a straightforward process when countless changes are being made to legislation to adapt to the pandemic.  Lord Gardiner has responded that there is no time for this because of the large amount of high-priority legislation needed to combat the pandemic and exit the European Union, and that in any case sufficient time has already been allowed for re-registration since the regulations were established in 2014.

Says Kate Ashbrook, general secretary of the Open Spaces Society: ‘We have lost nearly one-twelfth of the total time for registering commons through the closure of record offices.

‘The ability to register of common land is important because it entails rescuing commons which were wrongly omitted from the registers in the first place.  This is a once-in-a-lifetime opportunity to put the record straight, and enable the lost land to be protected and enjoyed by the public.

‘The government is regrettably selective about which deadlines it extends for the pandemic and favours those which affect the economy.  It has extended time limits for planning permission, vehicle tests and filing accounts, among many other purposes.  But—notwithstanding the tsunami of ‘Coronavirus’ legislation to achieve these extensions and for other purposes—the government says there is no time and no need to legislate for commons.

‘We shall continue to press the government to extend this deadline alongside all the others which will be extended to suit the economy.  We believe government has got its priorities wrong.’