This year people have enjoyed their local green spaces as never before. Now is the time to protect and expand them.

We called on the Westminster and Welsh governments to introduce a national plan and standards for open spaces, and the Welsh government to revise and update its technical advice note 16 on open space and recreation.

We advocated a duty on local authorities to ensure that everyone can enjoy good-quality, well-maintained and safe open space within 300 metres of their homes. We say that such spaces should be secured as part of development. In England, local green space must offer greater protection than now, and the process for designating it must be improved.

The society urges planning authorities to adopt robust policies for the acquisition, management and protection of green spaces, to have a budget for them and to dedicate their green spaces as town or village green to ensure their protection.

We recommend communities to get involved in their local planning processes before land is allocated for development, to identify spaces which need protection and to form friends’ groups to champion local spaces. 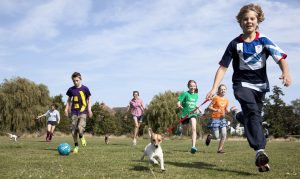 Kingsmead Field, Canterbury, Kent, a registered as a village green in 2019

We shall lobby the Westminster government to secure open spaces and access to nature through the 25-year environment plan, the Agriculture and Environment Bills and the new Environmental Land Management Scheme. We shall continue to advise our members on how to protect their open spaces.

In particular we want to see greater use of the opportunity to register land as a town or village green as mitigation for development, and have asked each planning authority to consider voluntary registration of the land which it owns, and to encourage developers to do the same by making this a condition of planning permission. We have also asked the authorities to send examples of their policies and procedures for open spaces so that we can create a dossier and encourage good practice.

By the end of September, we had received 18 substantive responses from local authorities, but hope for many more. Julie James responded promptly, referring to the Welsh government’s Placemaking Charter which the society has agreed to support. The signatories pledge to promote placemaking in their work, which includes the creation of public spaces.

We quote studies by the New Economics Foundation and the think tank Centre for Cities to support our calls.

Read our charter for England and for Wales.

Our charters were well timed. Shortly after we published them two further calls for action were made, by Friends of the Earth (FoE) and the Ramblers. 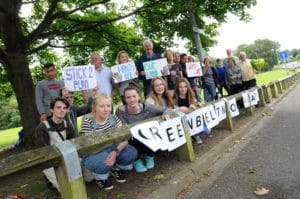 FoE, in England’s green space gap, exposed the disparity in access to green space across the nation, and especially the strong correlation between green space deprivation and ethnicity. People of black, Asian or minority ethnic (BAME) origin are more than twice as likely as a white person to live in areas of England that are most deprived of green space.

The report acknowledges the work of the Open Spaces Society, over the last 155 years, in winning open spaces, and it refers to our charters. It too calls for existing space to be protected in perpetuity, created where provision is lacking, made a properly-funded statutory service and available to all.

The Ramblers has published The grass isn’t greener for everyone: why access to green space matters, which sets out the findings of a You Gov survey looking at how the pandemic has changed our attitude to nature, green space and walking. It too calls on the government to use the Environment Bill to prioritise people’s access to nature and green space. Consistent with others, it found that people on a low income and of a BAME background are less likely to have green space within a five-minute walk of their home.

With this wealth of data, the case for bringing open spaces centre stage in government policy and decision making has never been stronger.

Knutsford in Cheshire East is already implementing our charter. In its neighbourhood plan it has designated 41 areas of local green space. The society helped its member, Knutsford Residents in Over Ward, to save one of these spaces, Longridge playing field (pictured above) on the south-east side of town. This was threatened with disposal under section 123 of the Local Government Act 1972 on the grounds that it was surplus to requirements.

We wrote to Cheshire East Council pointing out that it was not surplus, rather it was much used by the public, and that it had been designated for protection as a local green space in the emerging neighbourhood plan. It forms the setting for the historic Booths House and parkland. We are delighted that the land has been saved and is now designated as local green space.