We have condemned government proposals to legislate to prevent local authorities charging ‘Parkrun’ and ‘Junior Parkrun’. We were responding to the Department for Communities and Local Government’s (DCLG) consultation ‘Running free’, on preserving the free use of public parks. 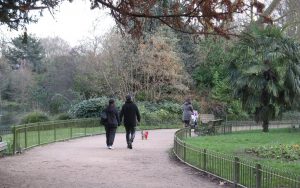 The society believes this issue of charging must not be taken in isolation as it will be detrimental to all those involved in the use and management of parks, and will jeopardise existing good relations between councils and park users.

Worryingly, the DCLG consultation does not refer to the detailed report from the House of Commons Communities and Local Government Committee on public parks published in February 2017, which considered at length the challenges facing the park sector and how best to secure a sustainable future for parks. That report did not include any recommendation to introduce the proposals contained in the ‘Running Free’ consultation.

The society urges the government to respond as a matter of urgency to the wider concerns expressed in the Public Parks report and to take action to help local authorities protect parks. The report recognised the huge importance of parks for leisure, relaxation and exercise, and that they are fundamental to community cohesion, physical and mental health and well-being, biodiversity, climate change mitigation and local economic growth.

Says Nicola Hodgson, our case officer: ‘The single issue in the DCLG consultation should not be considered outside of the Public Parks report and its recommendations as this will undermine progress on the more fundamental issue of funding, management and community use of parks.’