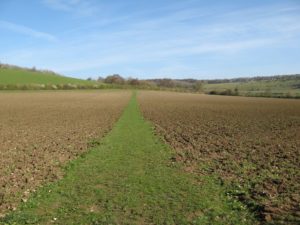 ‘The government has promised that the current level of agricultural support will be maintained until the next election. This means that there is an opportunity to change the way the payments are made to deliver better value for public money. Clearly, public money should procure public goods, such as better paths and more access to land, to be exercised responsibly.

‘The Open Spaces Society wants to achieve a new deal for public access. This should include payments for the creation of new public paths or to improve existing ones, and for new access to land or the dedication of village greens.

‘There should be a clear system for withdrawing grants where the recipient is not obeying the law on public paths. The money which is recouped should be put back into provision of access.

‘We look forward to working with other organisations who champion public access to lobby parliament to achieve this new deal,’ Paul concluded.