We are disappointed that Welsh ministers have approved an application from Western Power Distribution to site an overhead electricity line, with 16 poles, on a South Wales common. 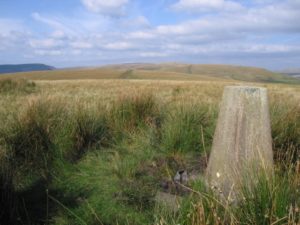 The proposed electricity line will run for more than a mile across Mynydd Llangeinwyr common, the upland between Cwm Garw and Cwm Ogwr Fawr about six miles north of Bridgend. Because the line will affect common land, Western Power Distribution had to obtain the consent of Welsh ministers, via the Planning Inspectorate, under section 38 of the Commons Act 2006.

We argued that the line would be an eyesore and would spoil the enjoyment of walkers and riders on this wild, open common.

The inspector, Joanne Burston, imposed a condition requiring the reinstatement after three months and she considered that the works would not unacceptably impede public rights of access.

We believe that this line should be put underground where it crosses the common. While it may not physically impede access, it will be a severe visual intrusion.

This common is a lung for the residents of the valleys and wild, open landscapes such as this are becoming increasingly rare. The power lines will diminish people’s enjoyment of this lovely common.