We help to save part of Hertfordshire common2 min read

We are delighted that we have helped to save part of a Hertfordshire common.

The land is a wide roadside verge of High Street, in the village of Bovingdon, four miles south-west of Hemel Hempstead.

Dacorum Borough Council wanted to use 140 square metres of the common for six, surfaced, car-parking bays, near the junction of High Street and New Hall Close.

Because this involved works on common land the council needed the consent of the Secretary of State for Environment, Food and Rural Affairs, under section 38 of the Commons Act 2006. 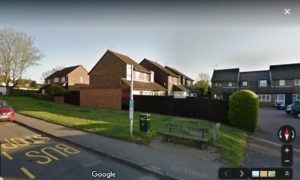 We objected to the application, along with Natural England and a number of local people. The common is a broad green verge, known as ‘amenity green’. We said that the use of the common for car-parking was inconsistent with its enjoyment by the public as the bays would reduce the area available for public recreation, and they would have an urbanising effect.

The inspector, Richard Holland, rejected the application, saying that ‘parked vehicles will seriously interfere with public rights of access over the common and will also interfere with the land’s apparently established use at Easter and Christmas for religious displays and events’.

Mr Holland concluded: ‘the proposals will unacceptably harm the interests of the neighbourhood and rights of public access over the land’. He also considered that the provision of parking bays was not consistent with government policy that works should take place only where they maintain or improve the condition of the common. Any wider benefit from the provision of parking bays was ‘outweighed by the harm the works will cause to the appearance of the common and how it is used’. Accordingly, he refused the application.

Says Kate Ashbrook, our general secretary: ‘We are delighted at this decision. Too often our precious commons are eaten away for car-parks and other developments. This common is known as “amenity green” for a good reason, it is a broad, green verge which can be enjoyed by the public away from traffic, and it provides an attractive setting for High Street.

‘The parking bays would have destroyed the opportunity for the public to enjoy the land and sterilised this attractive common. This decision sends a strong message to local authorities that they should protect their commons not abuse them.’