We are deeply saddened that our vice-president, Tony (Lord) Greaves, has died suddenly at his home at Trawden in Lancashire. He was 78.

Tony was a Liberal Democrat peer and Pendle Borough Councillor, who spoke out strongly on behalf of the environment and people’s rights. 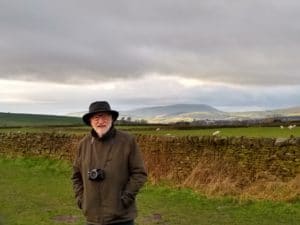 He entered the House of Lords as a life peer in May 2000, just in time to influence the Countryside and Rights of Way Bill which moved into the Lords that autumn. Tony championed the society’s interests, and proposed helpful amendments, on freedom to roam, public paths, and town and village greens. He subsequently argued our case on the Commons Act 2006, Marine and Coastal Access Act 2009, Growth and Infrastructure Act 2013, Deregulation Act 2015, Agriculture Act 2020, and many other pieces of legislation. We regularly asked him to table amendments for us, and he would quickly become familiar with complicated topics, and would press ministers for answers, repeatedly, with a mischievous glint in his eye. He did not give up.

He was born in Bradford and educated in Wakefield, before obtaining a BA degree in geography from Hertford College, Oxford. He then became a teacher. He was a member of Lancashire County Council for 24 years (1973-1997), and of Pendle Borough Council until his death. He was responsible for Pendle’s voluntary registration of a new town green at Barnoldswick, giving local people rights of recreation there and safeguarding it for ever.

He loved the outdoors, and was an energetic mountain and hill climber, and cyclist. Indeed, everything he did was energetic: he threw his heart into his work in the Lords and on the council. He was a patron of the British Mountaineering Council, and proudly declared his connection with BMC and with us whenever he spoke on our topics in the Lords.

We shall miss Tony’s wisdom and strong advocacy, his love for our cause and determination to get the best for the environment and for people. His national legacy is the legislation which is the better for his intervention.

He leaves his wife Heather, daughters Vicky and Helen, and grandson Robin.