This year we celebrate the seventieth anniversary of the National Parks and Access to the Countryside Act 1949.  Our general secretary Kate Ashbrook, explains what it achieved.

So concluded Lewis Silkin, Minister of Town and Country Planning, as he moved the second reading of the National Parks and Access to the Countryside Bill on 31 March 1949 (column 1493).

These are uplifting words, which capture the spirit of that post-war period.  The act, which received royal assent on 16 December 1949, was an extremely important start in protecting our most treasured landscapes and recording public paths.  Unfortunately, though, Silkin’s words proved rather too optimistic, for the act fell short of the hopes and expectations of conservationists and outdoor activists. These included the Standing Committee on National Parks (predecessor of the Campaign for National Parks), the Council for the Preservation of Rural England (now the Campaign to Protect Rural England), the Ramblers, Youth Hostels Association and ourselves.

But the act did make a significant different and many of its provisions endure to this day.

Measures
The act introduced a wide range of measures. 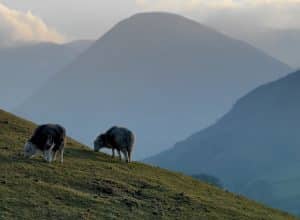 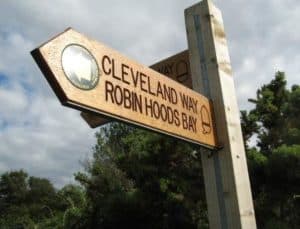 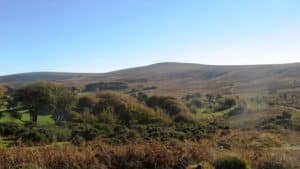 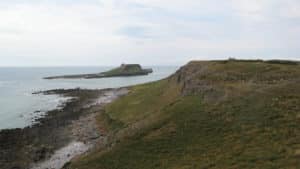 Worm’s Head at Rhossili in the Gower Area of Outstanding Natural Beauty. This was the first AONB, designated in 1956.

One was that the national park committees were spelt out as being independent of the local authorities.  Those who promoted the act had envisaged independent boards with a full-time planning officer, and the parks administered as single geographical units regardless of their distribution across county council boundaries.

The first two parks, the Peak District and the Lake District, were established as independent joint boards as the act had intended.  The remaining eight (Snowdonia, Dartmoor, the Pembrokeshire Coast, the North York Moors, the Yorkshire Dales, Exmoor, Northumberland and the Brecon Beacons) were established after Silkin had moved to housing and local government and was no longer involved.  They were advisory committees to their county councils, relying on the councils for funding and their permission to take action.  It was not until the Environment Act 1995 that the parks became truly independent. The other disappointment was that, instead of creating a public right to roam on open country, the act merely made provision for access agreements or orders.  Few were negotiated despite there being acres of open country where access was denied.  The requirement for local planning authorities to carry out a survey of open country and determine how to achieve public access there was widely ignored, and it was never followed up.  So the ‘access to open country’ provisions of the act were futile.

Milestone
But we did get national parks, AONBs, long-distance paths and definitive maps of rights of way, and the act provided the foundation for much that followed, including the Countryside and Rights of Way Act 2000 and the coastal-access provisions of the Marine and Coastal Access Act 2009.

The 70th anniversary of the National Parks and Access to the Countryside Act is a great milestone.