A public inquiry is being held on Tuesday (30 January) into the exchange of common land proposed by the Conservators of Therfield Heath and Greens in Hertfordshire. We have submitted an objection. 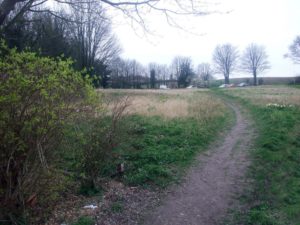 The conservators wish to swap 1.65 acres of common land off Sun Hill at Royston in Hertfordshire for the same area of woodland over a mile away. The proposed exchange is to enable the conservators to build eight dwellings on the area of common to be deregistered, which is on the western side of Royston.

Applications to exchange common land are determined by the Planning Inspectorate on behalf of the Secretary of State for Environment, Food and Rural Affairs, under section 16 of the Commons Act 2006. The inspector must consider the interests of those with rights on the land to be deregistered as well as the interests of the neighbourhood and the public.

Because there are a number of objections, the Planning Inspectorate is holding a public inquiry to determine the matter.

We have argued that the existing land is of great value to the public. It is immediately to the west of Royston, surrounded on three sides by housing, and is a treasured open space for local people and a play place for children.

The replacement land is some distance away, and is not readily available for local children to enjoy. It would serve a different purpose and we consider is of inferior value to the public.