Our new ‘eyes and ears’ for north Dorset1 min read

We have appointed Keith Yarwood as our local correspondent for north Dorset.

Keith will be our eyes and ears, keeping a close watch on paths, commons, greens and open spaces in the former North Dorset District Council area. 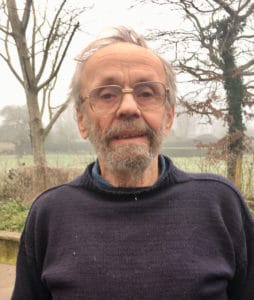 Keith is also vice-chair of Stourpaine Parish Council.  He is familiar with checking the state of public paths and following up problems.

In a varied career, he worked for 30 years as teacher and manager of technical theatre, in Middlesex and Bristol.  Before that he was a technical writer and worked in publishing and public relations.  He was an elected member of the Council of the University of Bristol from 1995 to 2003, and stood as Labour parliamentary candidate for North Dorset in the 2005 general election.

He has five grown-up children and enjoys walking and cycling.

Says Keith: ‘I am pleased to be appointed as local correspondent for the Open Spaces Society.  North Dorset is a large area with 74 parishes but I shall enjoy getting to know the parts with which I am less familiar as I carry out the work of the society in defending green spaces and paths.’

Says Kate Ashbrook, our general secretary: ‘We welcome Keith as our local correspondent in an immensely beautiful part of England, where he will champion public access and people’s ability to exercise their rights to enjoy paths and open spaces, and help protect them from hostile development.  It is excellent that we are able to extend our reach and influence through Keith’s appointment.’