We have made 78 applications to rescue lost commons in England’s seven pioneer areas[1]  before the deadline of 31 December 2020.

The applications are to register these precious spaces as common land.  If successful, they will give the public the right to walk, and in some cases to ride, on the land and will protect it from encroachment and development.  The applications will be determined by the commons registration authorities (county or unitary councils) based on the evidence which the society has provided. 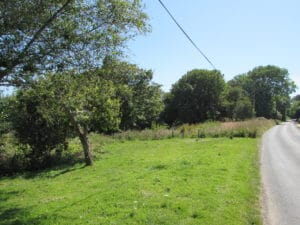 Viscar Common, Cornwall which was registered in 2019 following the society’s application

These commons are ones which, for a variety of reasons, failed to be registered during the three-year period allowed by the Commons Registration Act 1965.  Part 1 of the Commons Act 2006 re-opened the door to their registration provided they remain today ‘open, uncultivated and unoccupied’.

The largest common the society has claimed is part of Northchurch and Berkhamsted Common in Hertfordshire, but most of the applications are for much smaller areas.

The society’s painstaking work involved checking historical records and carrying out site visits, before preparing and submitting the application.

The society’s work was severely hampered by the closure of the record offices during lockdown, and the difficulty in making site visits owing to the pandemic.  Despite these difficulties the environment minister, John Gardiner, lamentably refused to extend the registration period and the society has worked against the clock to get all its applications in before the deadline.

Says Frances Kerner, the society’s re-registration officer who led the recent campaign: ‘We are relieved to have submitted, before the deadline, all the applications we considered worthy, and we look forward to them being processed and determined.  It has been a fascinating and worthwhile exercise.

‘Now we shall turn our attention to Cumbria and North Yorkshire where we have until 15 March 2027 to submit our applications, and to Wales where the deadline is 4 May 2032.’ 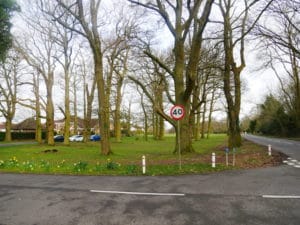 Adds Kate Ashbrook, the society’s general secretary: ‘This has been a race against time but, if we are successful, many commons which were wrongly excluded 50 years ago will be restored to the registers for people to enjoy.  The society led the work to register commons under the Commons Registration Act 1965 and has taken the lead again in researching and championing the lost commons.

‘We are grateful to Frances, Landman Consultants, Tomas Hill who worked for us in Cornwall, and the many volunteers who made site visits for us.  We are also indebted to the late Jack Candy, whose generous legacy to the society funded this vital work.’

The society has made applications in the following registration areas:

It has also made one in Cumbria (where the deadline is 2027).