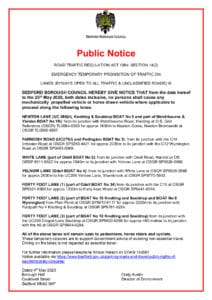 Path campaigners with long memories will recall the widespread and damaging rights-of-way closures during the foot-and-mouth epizootic in 2001–02.  Fears that SARS-COV2 would bring similar closures have proved generally to be mistaken — on the contrary, Government encouragement for continuing exercise during lockdown has greatly increased the use of some rights of way, and proved the value of public access in promoting health.

Predictably, however, some path closures have occurred — and in Wales, with official endorsement.  The Welsh Government made the Health Protection (Coronavirus Restrictions) (Wales) Regulations 2020 (SI 2020/353), which places a duty (regulation 9) on local and national park authorities to close paths and access land which are likely to be thronged, or ‘the use of which otherwise poses a high risk to the incidence or spread of infection in its area with the coronavirus’.  We asked the Welsh Government what ‘high risk’ might arise from the use of public paths (noting that the risk from busy paths is separately addressed), but after waffling, it subsequently failed to reply.  Government guidance does not address the point.  But some local authorities have hastened to fulfil their duty to close lightly-used paths under this provision anyway, perhaps because they pass dwellings with vulnerable residents self-isolating (it is not easy to verify the cause of closure, because of privacy concerns).  We doubt that these circumstances constitute a ‘high risk’ of infection and are following up.

Bedford Borough Council, which is unable to rely on the Wales-only regulations, instead turned to section 14(2) of the Road Traffic Regulation Act 1984.  It has issued emergency notices proclaiming that a number of unclassified county roads and byways open to all traffic have been closed to vehicles (but not to riders and walkers) ‘to support government advice of avoiding non-essential travel’.  This ground for closure is nowhere to be found in section 14(2), or anywhere else in the 1984 act.  While section 14 does enable emergency closure ‘because of the likelihood of danger to the public’, it is not clear how even an infected driver in a car poses a special threat to anyone — on these or any other roads. 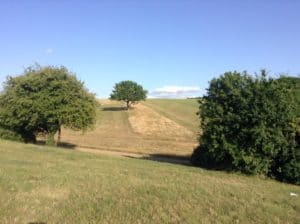 And on Epsom and Walton Downs in Surrey, the conservators charged with the management of the downs have approved plans by the Jockey Club to hold the Derby in camera later in the summer — by surrounding the core of the downs with a tall fence.  The plan involves excluding the public, on foot and on horseback (other than potential Derby-winners) from the land for 24 hours, notwithstanding the right of access conferred by a local Act of 1984.  The Act contains strict controls and prescriptions for fencing on the downs during racing periods, including for the conservators even to approve the type of fencing — but nowhere does it contemplate closing off the core of the downs, or excluding public access.  Sadly, Epsom and Ewell Borough Council, which staffs the conservators, is only too keen to support the economic interests of the racing industry over the access rights of its residents.