Greenfields Recreation Ground (GRG) in Shrewsbury, Shropshire, has been used by local people since the 1960s. The land was owned and managed by the council and held as open space under a statutory trust for recreation, but in 2017 it was sold to a developer. Sadly this is a situation that we see all too often. 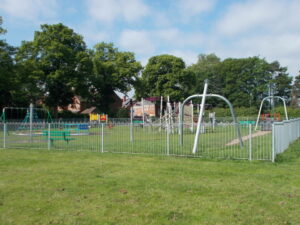 It is lawful for councils to dispose of open space if they use a process prescribed under the Local Government Act 1972 (LGA) (as amended). The disposal must be advertised and objections considered. You can find more information on our FAQs page.

In the GRG case this process was not carried out and the community took the issue to the High Court.

The judge refused to quash the planning permission to develop the land on the basis that even if section 123 of the LGA had been followed the outcome would not have been different.

The Court of Appeal said that the fact that the site had been part of GRG was immaterial to the decision whether to grant planning permission.  The court concluded that, despite the disposal having been unlawful (because the process under s123 was not deployed), by virtue of s128(2) of the LGA, the statutory trust and rights under it were extinguished and were immaterial for all purposes thereafter.

The Shropshire Greenfields Community Group is endeavouring to take the matter to the Supreme Court. The issues for the court are on the interpretation of s128 and whether and to what extent there were public rights that should have been taken into account in respect of the determination of the planning application.

Another factor is that disposal of open space is governed (as a matter of policy) by the National Planning Policy Framework (NPPF) in England (paragraph 97 onwards).  Open space can be disposed of provided there has been an assessment and the land is surplus to requirements, or replacement land or facilities are given, or if the needs outweigh the loss.

The Good Law Project is assisting the community and we shall follow the case with interest.