This year is the fiftieth anniversary of an influential article which, wrongly, gave commons a bad name.

In 1968 Science magazine published a paper called ‘The tragedy of the commons’ by biologist Garrett Hardin.

Our general secretary, Kate Ashbrook, explains. This was about the global population problem, in part inspired by an 1833 pamphlet by mathematician William Forster Lloyd. Hardin repeats Lloyd’s analogy of uncontrolled population growth as a type of common, averring that herdsmen will maximise cattle numbers on a common because the negative effect is shared among all the graziers, leading to over-exploitation and ‘tragedy’.

Open
Hardin accuses the north American national parks of being ‘another instance of the working out of the tragedy of the commons’ because, he claims, they are open to all without limit. In fact, their use is strictly regulated.

Hardin made a fundamental mistake in using the term ‘commons’ to apply to a resource whose use is uncontrolled. As we know from our commons in England and Wales, the use is regulated, historically by the commoner’s capacity to overwinter livestock, now by the registers which record who has rights there and, in many cases, by a commons management regime. 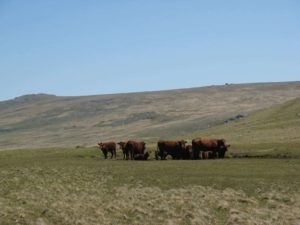 Led by the renowned Elinor Ostrom, many scholars have since shown that Hardin was wrong to confuse commons, which are regulated, with free-for-all regimes.

Discipline
Misleading though this mantra is, the ‘tragedy of the commons’ has led to a discipline of commons studies and subsequently the formation of the International Association for the Study of the Commons (IASC), of which the society is a member.

To mark the fiftieth anniversary of this movement, the IASC is holding World Commons Week, 4-12 October, with events throughout the world. These culminate at noon on 12 October with global ‘webinars’ on commons research and practice. The British contribution will be delivered from the Greenwich meridian—we shall be there.

More details can be found here.