Our general secretary, Kate Ashbrook, writes of the government’s failure to deliver on public access. 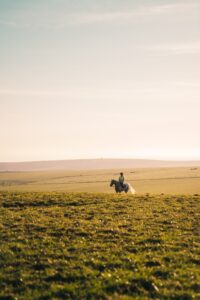 Last summer, we were invited to contribute our view to levelling-up access to the outdoors. Photo: Ben Collins

Last July Natural England (NE) and the Department for Environment, Food and Rural Affairs (Defra) invited us to contribute to Lord Agnew’s ‘Commission on levelling-up access to the outdoors for all’. They wished to ‘gather views and consider the development of policy-level, cross-government solutions that can deliver a “quantum shift” in access to the outdoors and nature’.

The challenge had been set by Steve Barclay, then Chief Secretary to the Treasury, to make proposals for the 2021 spending review. This was encouraging, since the treasury does not normally take any interest in public access.

We were invited to one meeting at which user groups offered an abundance of ideas. But we heard no more, despite chasing, and Steve Barclay moved on. We learned that the spending review was to provide £30 million to improve access to green spaces, and £9 million to ‘level up’ urban green spaces across the UK. This is a pittance for securing equality of green space—and no quantum shift.

In April the government confirmed the Agnew Commission’s findings were not to be released ‘in a consolidated way’. Caroline Lucas (Green MP for Brighton Pavilion) expressed her profound disappointment at this and asked for an urgent debate on the right to roam.

Dismissing her, Mark Spencer, leader of the commons, replied: ‘We are blessed in this country with hundreds of thousands of miles of public footpath … the countryside is a place of business and food production’. In other words, no movement—let alone a quantum shift.

And note, Mr Spencer (MP for Sherwood in Nottinghamshire) is in the farming business, and former chairman of the National Federation of Young Farmers’ Clubs, so hardly likely to be pro access. 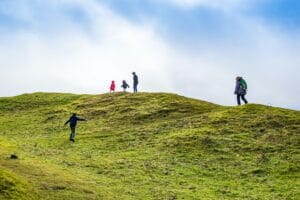 We must now come together to strengthen our call to action and improve access to the outdoors. Photo: Fas Khan

Moreover, we risk losing NE, Defra’s adviser on access and landscape as well as nature. Included in a recent consultation on ‘nature recovery’ is a proposal to ‘explore options for consolidating Defra group’s dispersed environmental regulatory functions’, which is code for subsuming NE into some larger body. We shall resist this.

But hope comes from other quarters. I joined the Kinder in Colour celebration the day after the Kinder ninetieth event in Hayfield. Black people, people of colour, and many others, gathered for a walk over Kinder.

They spoke of invisible barriers in the countryside, and the healing qualities of the earth and nature. They want to create a new culture of the countryside, fully inclusive and embracing differences which divide us.

Other user groups must diversify and join with them to broaden the movement for access and strengthen our call to action. As a combined force we just might achieve that quantum shift.