We help to save Bowes Moor, County Durham, from enclosure2 min read

We are delighted that consent has been refused for nearly six kilometres of fencing on Bowes Moor common in County Durham1.

The application was made under section 38 of the Commons Act 2006 for consent for works on common land. Such applications are determined by the Planning Inspectorate on behalf of the Secretary of State for the Environment, Food and Rural Affairs. In this case the matter was decided by inspector Richard Holland on behalf of the Planning Inspectorate. 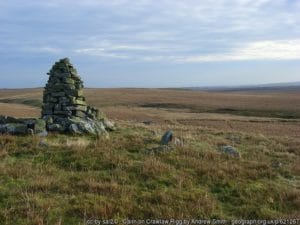 George F White LLP applied on behalf of the landowner, the Field Reeves of Bowes Regulated Pasture. The applicant argued that the fencing was needed as part of a stewardship agreement between the applicant and Natural England, to assist grazing of the common.

We objected because the fencing would be a severe eyesore and would restrict public access to the common where people have the right to walk freely. The applicant did not justify the need for the fencing.

Furthermore, as the fencing is in the North Pennines Area of Outstanding Natural Beauty and is more than two kilometres in length it requires screening under the environmental impact regulations. The applicant gave no evidence of having gone through this process. Natural England was also concerned about this and about the adverse effect on public access.

The inspector noted that there were only two access points, one at each end of the 5,700-metre-long fence. He concluded that any benefit to nature conservation from an improved grazing regime ‘is outweighed by the serious and unacceptable harm that over five kilometres of fencing with only two gates would cause to public rights of access’. He therefore refused consent for the works.

We consider this to be an excellent result. The fencing would have been an eyesore on this wild, expansive common in the area of outstanding natural beauty and would have severely restricted people’s enjoyment of it. We are pleased to have helped to keep the common open and free of fencing.

1 The proposed fencing would have run in an east-west direction on the south side of Lartington High Moor, the easternmost point being about five kilometres from Bowes, to the north of the A66.