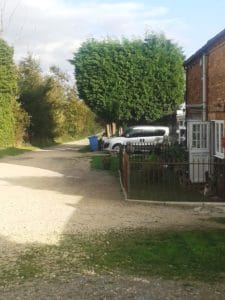 We urged the council to act after the environment secretary rejected a retrospective application for works on common land.

The common is a long strip, consisting of Hanging Hill Lane and a broad verge on either side. The verge is used by walkers and for access to adjoining fields. The one-metre-high iron railings enclosed 15 square metres, preventing public access and effectively privatising the land.

Any works on common land need the consent of the Secretary of State for Environment, Food and Rural Affairs, via the Planning Inspectorate, under section 38 of the Commons Act 2006. Mr Andrew Winfrow, the occupant of the adjoining property 1 Skegby Manor Cottage, erected the fence and then applied retrospectively for permission to retain it for ten years. The Open Spaces Society, Natural England and a number of individuals objected.

The inspector, Richard Holland, refused consent for the fence. We approached Nottinghamshire County Council, which had successfully persuaded a previous owner to remove a similar unlawful fence in 2015, and asked it to ensure the fence was taken down.

Now, thanks to the council’s efforts, the fencing has gone although the concrete footings remain. The landowner, Normanton Parish Council, has not insisted on their removal although they give an impression that the land is private. 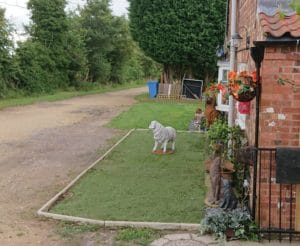 We congratulate Nottinghamshire County Council for its persistence in this case; commons are for all to enjoy and should not be for the sole use by a private individual.

We hope the council will keep a vigilant eye here, because this common has twice been inflicted with unlawful fencing, and it is an important public asset.