The society in action – Why I went to Lima4 min read

The seventeenth biennial conference of the International Association for the Study of the Commons (IASC) was held in Lima and our general secretary represented the society. She writes of her experiences.

This time the conference was called ‘In defence of the commons’, and it had a more practical feel about it than previous conferences which have been overwhelmingly academic. The society has been attending these conferences over the last decade and endeavouring to instil a recognition of the importance of collective action and campaigning, alongside the scholarship. We are definitely making progress.

It should be noted that ‘commons’ in the global sense are not merely land but shared resources—water, air, the internet, for instance. Our commons, with their special laws and history, are unique, but are widely recognised and respected as examples of good practice. 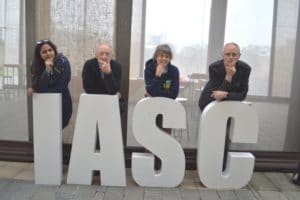 I stayed in Lima with colleagues from the Countryside and Community Research Institute of Gloucestershire University: John Powell, Chris Short and Dilshaad Bundhoo.

The society was the first winner of the Elinor Ostrom award for practitioners, in 2013, and I was invited to present this year’s award, for which I had been one of the judges. The winner was Liliana Pechene Muelas, an exceptional 34-year-old leader of the indigenous Misak people in Colombia, who has worked collaboratively to assert indigenous collective rights under the Colombian law. Despite her youth she is known affectionately as Mama Liliana. 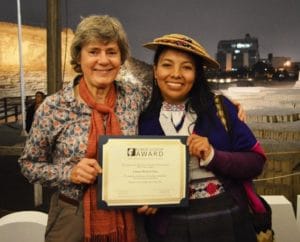 I took part in many sessions at the conference. I went to a workshop organised by the Foundation for Ecological Security, a large non-governmental organisation in India, to advise on its campaign, Promise of the Commons. This is to persuade the Indian government to recognise the full extent of India’s commons, which are of vital importance to the indigenous people.
I participated in a multi-stakeholder workshop, of academics and practitioners, on conflict and conciliation on the commons. I used as my case study the Countryside and Rights of Way Act 2000 where after conflict we had considerable success. I also presented a paper on public access and property rights, at a panel to consider these issues in Japan, the USA, Norway and the UK. 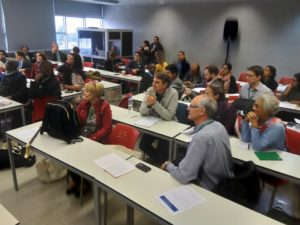 It was not all indoors, and I joined an expedition to San Juan de Lurigancho, in northern Lima, to visit the Catagallo urban community which had migrated from the Ucayali region of the Amazon between 1990 and 2000, and whose people made exquisite crafts. 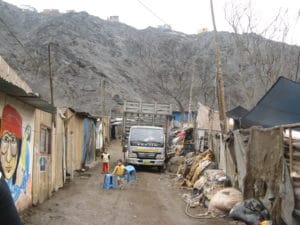 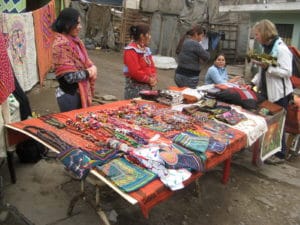 Peru is rich in archaeology, and I visited the temple of the sea, Huaca Pucllena, which is in the heart of Lima, an ancient site surrounded by modern development. We also ventured out to Pachacamac, a vast site dating from 200 AD, including temples, burial sites and other buildings, which is still being excavated.

Local people took us to the Lomas de Jatosisa, to the south-east of Lima. This is a unique ecosystem of flora on the side of the hills to the east of Lima, which depend on the humid winter weather and constant fog for survival. This is a buffer against the disruption that would be caused by flooding to the west. Unfortunately, the local and national governments do not appreciate the vital role of the Lomas in protecting the settlements on the west coast, and is allowing excavation for cement which is eating away this crucial blanket. We talked to our hosts about how to run campaigns to save their treasured Lomas. 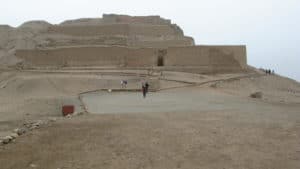 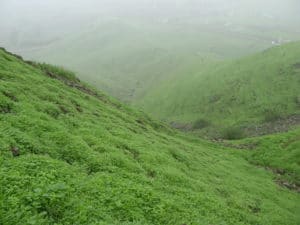 June was probably the worst time of year to go to Lima. Although it is only 12 degrees south of the Equator, it was cold and humid; it felt like it was raining most of the time. It was also foggy so we rarely got any views. As every child knows, this is where Paddington Bear came from. As John Powell wrote on his blog, now we know why Paddington wears a duffle coat. 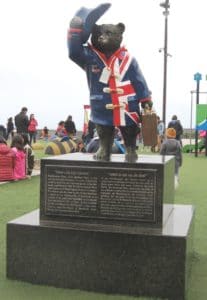