Society trustee Graham Bathe is a council member of the National Trust and former director of the Foundation for Common Land. He gave a talk at our recent AGM about his role representing the society on the National Trust council.

Governance
Legally, the governance of the National Trust is in the hands of about 12 trustees. They agree a strategy, and hold the director-general and her team to account for its delivery. Unlike most charities, the National Trust has a purpose laid down in law, so this governs what it should and may do.

The council appoints the trustees and its chair, and monitors their work. They hold the trustees to account, and can remove or refuse to reappoint trustees.

The council is made up of 36 members who have a range of expertise in everything from education and agriculture, to nature and the built environment. Half are elected by National Trust members and half are from organisations which have a connection to the trust. The Open Spaces Society is currently one of the appointing bodies.

Formerly there were more bodies and the council was huge (50-60) but the appointing bodies have been reduced to 18. A number of factors determined whether the appointing bodies should retain their role, or give way to others. Their relevance and geographic spread are important factors, and societies which (say) just cover England have been disfavoured. The Open Spaces Society, which of course was the pro-genitor of the National Trust, retained its role. However, this is likely to be reviewed again in the future.

Appointed Council members are not representatives. Once appointments are made and they have been accepted, the appointees can comment on any aspect of NT work.

Current issues
The NT will remove its investments from all fossil fuel companies in the next three years, de-carbonise its investment portfolio and take a tougher line with companies.

The NT will shift its acquisition strategy from a reactive one, responding to external events or to issues, to a proactive one. This involves moving away from an assumed long-term ownership model. Most NT land is inalienable—this means that the National Trust cannot sell it. 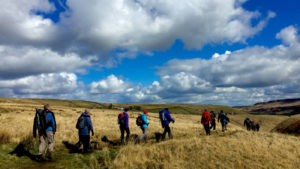 In a radical shift in approach, NT is taking an increasing role in the management of important urban areas, where local authorities no longer have capacity to manage them.

The aim, to ensure that everyone has the opportunity to enjoy green spaces, is nothing new to the National Trust; nearly 125 years ago one of the founders, Octavia Hill, created the National Trust so that green spaces could be ‘kept for the enjoyment, refreshment and rest’ of the nation. The people that need beauty the most, are the ones that have least access to it. 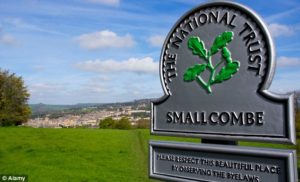 The National Lottery Heritage Fund and National Trust, with government support, have just announced a multi-million pound initiative to secure the future of the UK’s urban parks and green spaces. In the first project of its kind in the UK, eight urban areas are joining forces in a pioneering programme called The Future Parks initiative.

The eight places, covering a population of five million people, were chosen in a UK-wide pitch, and selected for their ambitious and creative plans to put green spaces right at the heart of local communities. They are:
•Birmingham
•Bournemouth, Christchurch and Poole
•Bristol
•Cambridgeshire (county-wide, covering seven council areas)
•Edinburgh
•London boroughs of Islington and Camden
•Nottingham
•Plymouth
The sites involve parks, woodlands and cemeteries to allotments, playing fields and nature reserves.

Brexit: the greatest danger is the impact on the environment and agriculture. It is unlikely that any replacement for the common agricultural policy can address the many issues, especially for upland farming (most of which is access land). There is also a burgeoning demand to plant the hills with trees to reduce carbon emissions. Watch this space.

Membership continues to grow, at an absolutely steady rate. It is over 5 million, approaching 6 million. Over 400,000 join each year, 85 per cent of whom stay. The average age is 46. Ten years ago it was 58.