The rise and fall of village greens3 min read

The Supreme Court has dealt a bitter blow to communities wanting to protect their open spaces. As a result of a judgment last December concerning two green spaces, in Lancashire and Surrey, it has become much more difficult to protect land and assert rights of recreation on it. Our general secretary, Kate Ashbrook, follows the fate of town and village greens. 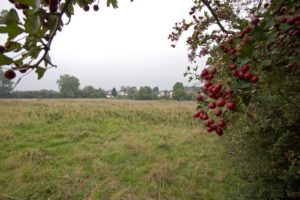 Land can be registered as a town or village green if local people have used it for ‘lawful sports and pastimes’ for at least 20 years, ‘as of right’, ie without permission or challenge. Once land is registered local people have legal rights of recreation there and it is protected from encroachment and development by Victorian legislation.

The first wave of registrations was between 1967 and 1970, when the Commons Registration Act 1965 opened the greens registers, now held by county and unitary councils. The registers closed to applications on 2 January 1970 (a ridiculously short period) and if an application had not been made by then the land was no longer recognised as a green. But once local people had enjoyed unregistered land for any period of 20 years ending after 1970, they could apply once more to register it. Any land which had been used for 20 years for informal recreation by local people as of right was eligible, not just the obvious village-centre spaces.

Thanks to publicity by our society, among others, people became aware of the opportunity to register greens. Inevitably, landowners objected and in time the courts got involved and the law was clarified. For many years, cases were decided in favour of applicants, starting with the Sunningwell case in 1999 in the House of Lords. Sunningwell Parish Council in Oxfordshire had applied to register glebe land as a green. Lord Hoffmann, giving the leading judgment, held that to challenge successfully the right of local people to use land, the landowner must have publicised the fact that he was not allowing such use (before then, such challenge could be kept a secret). 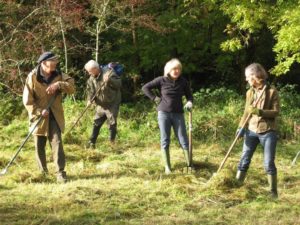 A further case, at Trap Grounds in Oxford, clarified the law in favour of the applicants, in particular confirming that the Victorian legislation protects ‘new’ greens as well as traditional ones. Findings from this judgment were enshrined in the Commons Act 2006 which was a high point for village greens registration.

Then the government, claiming that people were registering land as greens in order to stop development, introduced the Growth and Infrastructure Act 2013; this prevented anyone from applying to register a green if land was allocated for development or subject to planning permission. This was a cruel setback, especially as people often do not know that land is threatened and, once they do, it is already too late to register it. 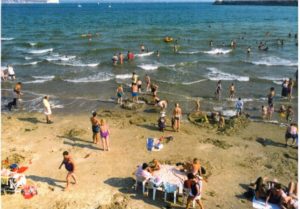 Subsequently there was a Supreme Court case at Newhaven in East Sussex where it was ruled that land held for a purpose which was legally incompatible with the use for recreation could not be registered. The most recent cases in the Supreme Court make it worse. If land is held for purposes which are incompatible with recreational use, even if it is not being used for the incompatible purposes (in those cases educational and hospital), the land cannot be registered.

So what can be done? Local people should explore what land in their communities might be eligible, research its ownership and, if appropriate, apply to register it before it is threatened with development. Landowning local councils should consider voluntarily registering their land as greens; this can be done without any evidence of use, thereby protecting it and creating rights of recreation for local people—a lasting gift to the community.

This article first appeared in The Clerk, March 2020.