Path to Morfa Beach is saved from closure1 min read

The path to Morfa Beach, Longlands Lane at Margam in Neath Port Talbot, has been saved from closure. This follows a public inquiry in December 2013 at which the objectors included the society, the Save Morfa Beach campaign group, the Ramblers and many individuals. 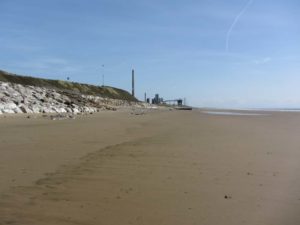 The inquiry inspector, Mrs Helen Slade, ruled that Longlands Lane (footpath 92) should not be extinguished. She said ‘It is clear from the evidence that footpath 92 has been used by the public extensively in the past, and is still used, to gain access to Margam Sands, or Morfa Beach as it is also known.’ She recognised that stopping up the footpath would ‘cause considerable distress to a large number of people’. She noted that footpath 92 is suitable for push chairs and has a good surface for walkers.

Says Dr Jay Kynch, who represented the society at the public inquiry:

‘I am delighted that we won. It has been a pleasure to help our member Save Morfa Beach, who ran an excellent campaign with massive support. The chair Charles Smith and secretary Bev Carver pulled together the voices of historians, surfers, anglers and many other friends and users of the footpath to Morfa Beach.

‘It is also important that Neath Port Talbot councillors elected during this campaign are better placed to improve the decisions of their officers who were wrong to recommend closing the path.’

‘It is good to know that, thanks to all our efforts, the public can continue to use this direct path to the beach—one of the longest beaches in south Wales.’