Parks for ever4 min read

Simon Hunt, one of our trustees and the former chair of the Friends of Finsbury Park, reflects on the increasing importance of open spaces in the context of the pandemic and climate crisis.

On 23 March 2020 the public was told to stay at home. Shops, pubs, gyms, theatres, cafes and restaurants were closed, and friends and family became separated, prevented by law from meeting face-to-face.

Confined to the four walls of the home, besides periodic trips to fetch supplies Britons had little in the way of permitted activity. But one of the few public spaces still open was the local park.

So, people made trips to their local park—in their droves.

In towns and cities across the country, everyone, everywhere went to the park—almost every day. Park regulars found their quiet daily strolls stampeded by swarms of panting lycra-clad joggers, frantically using up every last minute of their permitted hour of outdoor exercise.

Parks became so popular during the first Covid lockdown that London’s Hammersmith and Fulham Council decided to close some of theirs. The crowds flooding these urban green spaces grew so large it was impossible to remain socially distanced. People started travelling further afield to find quieter spaces, and neighbours would exchange tips on where to spend the next daily walk.

Overwhelmed by such widespread admiration for the great outdoors, the government issued warnings against travelling by car for exercise, and deployed police forces to caution those who still did—some of whom drove from the south as far as the Lake District, desperate for their next fix of open-air perambulation. And now we are in 2022, and the governments are recommending work from home as much as possible, so our local spaces remain as important as ever.

For lifelong park fans like me, this revival of public municipal space was a rare opportunity for celebration in what was otherwise a bleak time. For the uninitiated, however, expectations of setting foot into grand, majestic fora with carefully-landscaped floral displays and pristine lawns were met with spaces that were run-down, worn out and decrepit. 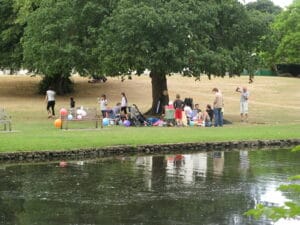 The gradual degradation of urban parks has been years in the making, with many spaces resembling a shadow of their former selves. A 2016 Heritage Lottery report into the state of parks in the UK found that 92 per cent of local authorities had cut parks budgets, with some authorities like Newcastle reducing their spending on parks management by as much as 97 per cent. The report found widespread evidence of deterioration and permanent closure of facilities, poorer standard of maintenance, and increases of weeds and vermin across urban spaces.

Parks, pathways and open spaces are too often at the bottom of the pecking order of local authority funding. Some councils regard them as administrative burdens or worse, opportunities for new income streams, while landlords spot a chance for an expanded back garden and developers scout opportunities for building. 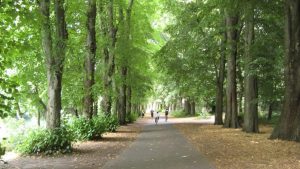 But the pandemic has shown that this careless attitude to public places neglects the countless societal benefits they bring. Parks are places to meet; places to exercise; places to organise. They were places, during the pandemic, where the elderly and vulnerable could meet friends for the first time after months of miserable isolation; places where families could reconnect, and where romances could be rekindled. They make a huge contribution to our mental and physical wellbeing, for relatively little cost.

As we welcome in 2022 and look to the future beyond the pandemic, the environmental case for preserving our green spaces is irrefutable, too, and the sanctuary these places provide for rare species of fauna and flora is irreplaceable.

The Open Spaces Society, set up more than 150 years ago, understands this better than most, and it is a pleasure to serve as one of their trustees. The efforts by staff and volunteers to fight for open spaces is an exhausting, but rewarding, task that sees vibrant green spaces secured for the public for years to come.

If you have felt the benefits of your local space over the past two years, I would implore you to support our work, however you can. Our vision is a long-term one, protecting the nation’s green spaces not just now but for future generations, so they can continue to support our wellbeing and that of our planet.

Although global challenges have threatened our way of life the past two years, our open spaces have remained one of the few things everyone can freely enjoy together.

We must protect those spaces, now and in the future.