Our new watchdog in the West Midlands1 min read

We have appointed Jack Jennings as our local correspondent for Sutton Coldfield and North Warwickshire. 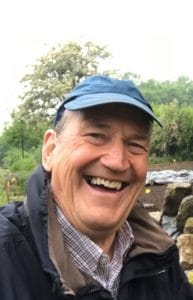 Jack will act for the society in keeping a close watch on paths, commons, greens and open spaces in his area and defending them from adverse change.

Jack has lived in Sutton Coldfield for much of his life, and has had a career as a plumber and in the construction industry.  He loves walking and was one of the first people to walk Glyndwr’s Way long-distance path in mid Wales.

About ten years ago he became interested in his local paths and, with his son Chris, set up Save Our Rights of Way (SOROW) to campaign for local rights of way and to prevent their obstruction and abuse.

Says Jack: ‘I am delighted to be appointed as local correspondent for the Open Spaces Society in Sutton Coldfield and North Warwickshire.  This is a part of the country which is under constant threat of development, and we look forward to defending our paths and access in the name of the society’.

Adds Kate Ashbrook, the society’s general secretary: ‘It is wonderful that Jack has volunteered to represent us in the West Midlands and to help protect paths and open spaces there.’