We are delighted that Ealing Council’s planning committee on 17 March resolved to save Brent River Park.  It rejected Be:Here Ealing Ltd’s application to erect a massive leisure centre, six high-rise housing blocks and other development on the Gurnell Leisure Centre site next to the park. 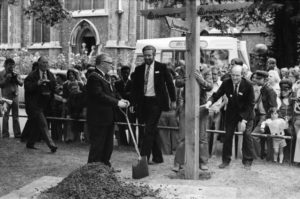 Although the council’s planning officer recommended conditional approval, the councillors refused consent by 10 against, one in support and two abstentions.  There were nearly 1,700 objections, largely from neighbours, but also from the Open Spaces Society, Ealing Civic Society, and other amenity groups, and the MP for North Ealing, James Murray.

The councillors’ reasons for rejecting the application included the impact the development would have on the openness of the Metropolitan Open Land of Brent River Park.

We shared the concerns of many that the development would tower over the beautiful, tranquil park.  This green oasis is much loved by local people, who can enjoy safe and tranquil recreation there.  It is also a nature conservation site, through which runs the Capital Ring long-distance path around London.  The society considered that the development would degrade the wildlife habitats and destroy the peace, and would lead to increased traffic and pollution, putting walkers and cyclists at risk. 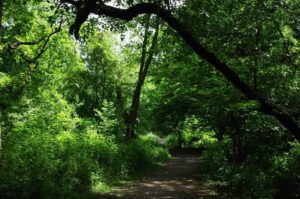 Says Kate Ashbrook, our general secretary: ‘We are highly relieved that this damaging application has been so firmly rejected.  Brent River Park was created in 1974 to provide a safe and green haven for local people and to preserve the natural history of the area.

‘During the last year, with restrictions on people’s movement from the pandemic, we have seen the immense value of local open spaces such as Brent River Park.  The proposed development would have put this splendid park at risk.  We are delighted that Ealing’s councillors have recognised its crucial value to the public.’