On Thursday (11 January) Manchester City Council’s Planning and Highways Committee will consider the planning application to build a school on open space at Nutsford Vale. This is a council-owned park on the borders of Longsight, Levenshulme and Gorton, in south-east Manchester. 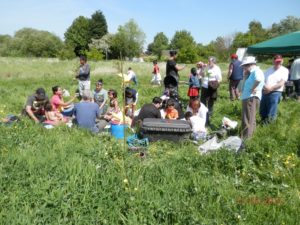 The planning application, from the council’s education department, is for a school building, sports hall, car-park and other facilities. The development, occupying about 5.5 hectares, would destroy nearly half the total area of the park.

We have opposed the plan, along with our member, the Friends of Nutsford Vale. There are 162 objectors, including the Manchester and Salford Ramblers, and Greater Manchester Pedestrian Society.

The proposal would also involve the felling of nearly 3,000 mature trees to make way for the buildings. The trees are important in fending off pollution and flooding.

The report to the committee, from Sue Wills on behalf of the Head of Planning, Building Control and Licensing, recommends approval of the application subject to a long list of conditions. The final decision will be made by the Secretary of State for Communities and Local Government.

There is clearly immense local opposition to this proposal because of its devastating effect on the lovely open space at Nutsford Vale.

Although the council claims that there will be mitigating provision of sports facilities, that is entirely different from the informal recreation opportunities which exist at present. Currently people may walk here in peace and quiet, and the site is of immense value to local people in an area where there is little green space for public enjoyment.

We hope that the councillors will listen to local people and to ourselves and reject this scheme which will destroy one of the greatest assets of this area.