One hundred years ago, on 19 July 1915 the fiftieth anniversary of the society’s foundation, our president and chairman Lord Eversley gave an address to the members.  It is published in a 16-page booklet marked, for some reason, ‘confidential’.  Here is a summary of what he said. On the 19th of July, 1865, fifty years ago to a day, the first Meeting of the Commons Preservation Society was held, at which I was elected its Chairman.  I have held that position continuously with the exception of short intervals when, as a member of Mr. Gladstone’s Government, it was inconsistent with my official duties that I should do so.

He goes on to name others who were involved, such as Mr Fawcett, Lord Mount Temple, Lord Thring, Sir Robert Hunter, Sir Charles Dilke, John Stuart Mill and Octavia Hill.

It had been the intention of the Society to celebrate its Jubilee by some public demonstration which would afford an opportunity of recalling its work on behalf of public rights and interest in Commons, Open Spaces, and Footpaths, and of strengthening its financial position for future efforts.  I had also intended to take the opportunity of resigning the position of active Chairman of its Committee, for which the growing infirmities of age have all but completely disqualified me.  However, since the country was at war, it was decided to defer both.

The Society was originally founded for the purpose of preserving for the use and enjoyment of the public the Commons within 15 miles of the centre of London, nearly 200 in number, with an area (including Epping Forest) of 16,000 acres, which, at that time, were most seriously threatened with total extinction.  The Lords of their Manors, under the belief that the long disuser of the rights of Common of turning out cattle and cutting turf or undergrowth for fuel, had resulted in the extinction of those rights, endeavoured to secure the absolute control and property of the freeholds of the Common.  Three or four years later, at the instance of the late Mr. Fawcett, the work of the Society was extended to all other Commons and Open Spaces in England and Wales, whether urban or rural, and afterwards to the protection of public Rights of Way. He goes on to say that the society’s work has consisted of four main branches:

Law suits
He had feared that, in its early days, it was a most serious responsibility to advise Local Authorities, or committees, or public-spirited individuals to initiate legal proceedings where adverse decisions would result in very heavy pecuniary loss to them for costs in the suits.  The Society by failure in a few cases of this kind would have lost its reputation for success, and would have acquired an ill name for fomenting litigation and exposing its supporters to heavy loss.

He tells of the great risk run by the society on numerous suits which were initiated by the society on Hampstead, Berkhamsted, Wimbledon, Wandsworth, Plumstead, Tooting and other Commons, and above all Epping Forest.  Fortunately, because of the legal assistance from Philip Lawrence and Sir Robert Hunter, the suits were brought to a conclusion favourable for the public, and the Lords of Manors were worsted by a series of great judgments by Lord Romilly, Lord Hatherley, and Sir George Jessel.

They confirmed the contention of the Society that the enclosure of Commons, otherwise than by Parliamentary sanction, was practically impossible and illegal.  As a result of these decisions, all the attempted enclosures of Common round London were frustrated, and but little Common land within fifteen miles of London has been lost to the public in the last fifty years.  An exception was Woolwich Common where the War Office enclosed 20 acres for a polo ground.

Eversley comments that There cannot be a doubt that the mere existence of the Society, with its reputation for success, has deterred Lords of Manors and others from making attempts at wrongful enclosure, and in numerous cases has induced them to abate enclosures when it became known that the Society had reported they were illegal. 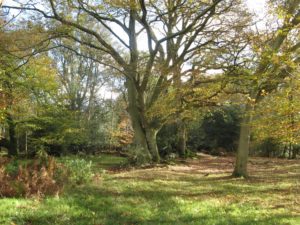 He describes the direct action which the late Mr Augustus Smith took, on his advice, to remove the fencing on Berkhamsted Common.  Eversley also advised the late Lord Cowper in 1867 to adopt the same course of forcible removal of fences with which the then Lord Salisbury had enclosed the roadside wastes over a large district in Hertfordshire, and which he claimed as Lord of the Manor.  Similar steps were taken on the society’s advice at Buckley Common, Flint (1893) and Aberdovey Common, Merioneth (1900).

Rights of Way cases are more difficult and uncertain in their results than Commons cases, owing to the different views which the Judges hold in dealing with them.  The law on many important points has not yet been definitely laid down.  Nearly all the cases taken by the society had resulted in success for the public but the Stonehenge case was one of the few exceptions.  Here the society claimed access to the monument over certain well-defined tracks across open down, but the judge thought the common herd was rightly excluded, and did not appreciate that the owner was more interested in an endeavour to make an income out of the monument than preserving it from injury. … The Judge decided against the public in a judgment which strained to the utmost various most doubtful points of law.

Eversley considers that there had been a change of late years in the general disposition of Judges … in dealing with cases involving public rights.

He praises the secretary, Mr Chubb who has filled the post for nineteen years, is intimately acquainted with the law on the subject and with all the pitfalls surrounding it, and is thoroughly imbued with the policy which I have always inculcated.

Private bills
He goes on to talk about our work in watching out for private bills which aim to appropriate parts of Commons and Open Spaces, or to interfere with public Rights of Way.  In its early days the society raised issues on numerous bills at second reading, but the subjects of attack were carefully chosen and the society was normally successful, with the result that bills were now amended before they got that far.

With regard to promoting legislation, Eversley refers to the Metropolitan Commons Act 1866, the Commons Act 1876, the Law of Commons Amendment Act 1893 and the drafting of a rights of way bill [which did not reach the statute book until 1932].  He speaks of a victory in claiming a right of way through Alfoxton deer park in Somerset, where Lord Justice Coleridge, after an eight-day trial and examination of 80 to 90 witnesses, advised the jury that if they believed the evidence of user, they would be justified in presuming that dedication of the highway took place before the family settlement.  The jury found for the public.

Hainault Forest
Regarding the fourth branch of the society’s work, acquiring parks and open spaces, the society rescued Hainault Forest in east London which was enclosed by parliament, and later reopened to the public. Of the future, he is alarmed that in a sudden fit of enthusiasm for the promotion of Forests, Parliament passed an Act in 1909, empowering the Development Commission—a body not responsible directly to Parliament—to take compulsorily, and with unimportant exceptions without its sanction, any Common land for the purpose of planting a forest.  So far there had only been one scheme [which, by the description, sounds like the Pebblebed Heath commons, owned by the Clinton Devon estate] but which the Board of Agriculture did not approve because the land was of poor quality.

The Housing and Town Planning Act 1909 gives power to local authorities to take parts of commons if they provide exchange land or the schemes must be approved by parliament, ‘enclosures under another name’.  Eversley notes that in the last 50 years the population of England ‘has nearly doubled in density, and the remaining Open Spaces are not more than sufficient as breathing places for the population, and are even more valuable from aesthetic points of view.  In the last few months it would have been most difficult, if not impossible, to find land for the training and manoeuvring of troops if it had not been for the open Commons in so many parts of England’.

Momentous question
He thanked the committee and noted that on only one occasion in the last 50 years was a division in the committee recorded in the minutes.  This was on a momentous question.  By a majority of one only, after a long discussion, it was decided to oppose a Scheme, propounded by Parliament by the then Government, for dealing with Epping Forest.  The government proposed to set apart only 600 acres, one tenth of the area for the public and give the remainder to the Lords of the Manors.  A minority of the committee was opposed to litigation, but the litigation went ahead and resulted in 3,000 acres, which had been filched from the Forest, being restored to it, and in the whole Forest of 6,000 acres being secured to the public for ever.’

He concludes: Much then as has been done by the Society in the past—more remains to be done in the future—legislation both in respect of Commons and Rights of Way is urgently needed—a careful watch is still necessary over the predatory instincts of Lords of Manors and others especially in connection with Rights of Way—and Local Authorities need to be stimulated into efforts to preserve their rights.  This sounds familiar!