The Levelling-up and Regeneration Bill (the bill) was introduced into parliament on 11 May 2022. The second reading will take place on 8 June. 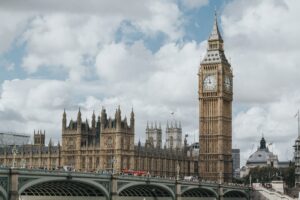 The Levelling-up and Regeneration Bill was introduced into parliament on 11 May 2022. Photo: Marcin Nowak

The stated ambition of the bill is to reverse the geographical disparities between different parts of the UK by spreading opportunity more equally.  The bill includes a broad range of measures on devolution, regeneration, and planning reforms. There are 17 technical schedules and a policy paper.

We are relieved that the government has omitted the controversial proposals for zonal areas (to make development easier in certain circumstances) which were contained in the Planning White Paper, Planning for the Future (August 2020).

We are disappointed that there is no specific mention of the need to create and protect open spaces.  While it is reassuring that neighbourhood planning will be retained, the proposed, simplified, ‘neighbourhood priorities statement’ lacks the current requirements for wide consultation and referendum vote, and does not mention the provision of open space.  It is not clear whether the current arrangements to protect open spaces, by designation as a local green space (LGS), will still apply.

Although the government purports to give local people the chance to have a say about local development, various measures (like the introduction of nationally-set management development policies) will have the opposite effect.

We are also concerned that much of the detail is absent from the face of the bill and will be addressed through subsequent regulations.  The bill allows the Secretary of State for Levelling-up, Housing and Communities (SoS) to create new parts of the planning system through secondary legislation.

We are relieved that government has committed to consult on certain aspects of its proposals, including on changes to the National Planning Policy Framework (NPPF).

The bill contains measures for the digitisation of the planning system, and a new mandatory infrastructure levy to fund affordable housing.  There is no reference to funds being used to provide much-needed open space and green networks. There will be a duty on local authorities to prepare strategies outlining how they intend to spend the levy.

We welcome provisions to improve enforcement in the planning system, and to give registered parks and gardens the same protection as listed buildings and conservation areas.  There are changes to the compulsory purchase process to facilitate regeneration, and a new system of Environmental Outcome Reports which will, worryingly, replace Environmental Impact Assessments and Strategic Environmental Assessments.

There are changes to local-plan making including a requirement for a spatial development strategy and a supplementary plan.  However, it is not clear whether local people will have the right to be heard or to be involved in their production.

In spite of the government’s claims that the bill will enhance the involvement of local people in the planning process, provisions to require consideration of a new National Development Management Policy (NDMP), designated by the SoS, is a centralisation of policy from the top down.  Whereas currently applications for planning permission should be determined in accordance with the development plan, in future they would be determined in accordance with the development and the NDMP, with the latter taking primacy in case of conflict.  So, there would be considerable influence from the SoS when it comes to steering local decision-making, as there appears to be no legal limit to the amount of centralisation of policy. Taken with the widening of permitted development rights, the involvement and influence of local authorities could be severely constrained.

We shall be working with members of the Planning Coalition* to draft amendments and brief MPs to ask questions of clarification, and to secure consultation and legal safeguards.  Our aim is to ensure that the planning system functions in a democratic way and ensures that communities are viable and sustainable.

The second reading is on 8 June and we have signed up to a briefing for MPs from the planning coalition which you can read here.

The Planning Coalition consists of the following: