Len was a pillar of strength to, and wise critic of, numerous organisations: the Youth Hostels Association (YHA), National Trust, Campaign for National Parks and ourselves. 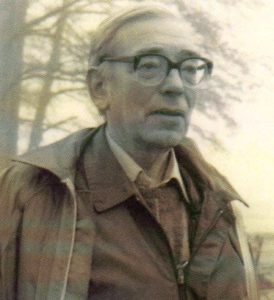 In 1978 he became our commons liaison officer, a roving researcher who travelled England and Wales on his Honda 50 motorbike to ferret out issues affecting commons and report on them. Commons at this time were in the doldrums: after the Commons Registration Act 1965 we were still awaiting the second-stage legislation for access and management. 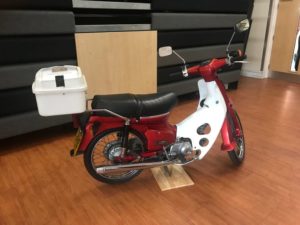 Len organised a series of regional conferences for us, to raise the profile of commons, and he was secretary of the Common Land Forum which met regularly from 1983-86 and eventually agreed recommendations to government.

Len was born in Islington, London where he went to Highbury Grammar School. He left aged 16 to join London County Council as a clerk; when he retired in 1977 he was the senior administrator of the London Ambulance Service (by then part of the NHS).

From an early age Len rambled in the countryside around London, staying at youth hostels, the simplicity of which appealed to him. A Quaker and a pacifist, in 1940 Len registered as a conscientious objector but was refused exemption and was ordered to work for the non-combatant corps.

He joined the YHA executive committee in 1948, serving as national treasurer and then chairman. It was through the YHA that he met his wife Isobel: one of his first days out with her was spent in the public gallery of the House of Commons, listening to the second reading of the National Parks and Access to the Countryside Bill in 1949.

Len was appointed as the YHA representative on the National Trust council in 1961 where he joined a band of establishment and titled figures. He served on the properties and executive committees for 23 years, and his advice continued to be sought after his retirement.

As a member of the trust’s properties committee he took to his Honda to view potential acquisitions, and argued forcefully and persuasively for the trust to acquire countryside rather than stately homes. Thus it acquired the 16,000-acre Abergwesyn commons in mid-Wales, saving them from afforestation.

Lifelong ambition
Len was deeply involved in the campaign to create the South Downs National Park, a lifelong ambition. He worked quietly and determinedly as a member of the multi-organisation South Downs Campaign and was delighted when the park was confirmed in 2009. 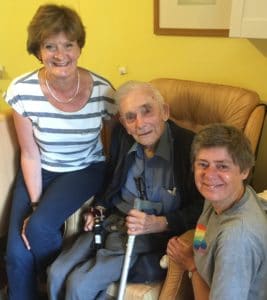 After his retirement, Len volunteered for the Samaritans in Guildford, playing an active part for more than 30 years. He remained committed to our cause to the end of his life.