Give us back our green3 min read

We have called for the return to public use of Market Green[1] in Water Orton, Warwickshire which, we say, unlawfully has been closed off to recreational use. 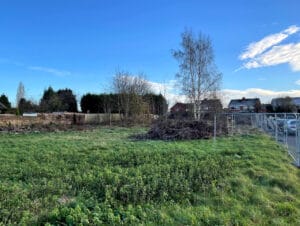 The owner of the land, Star Pubs and Bars Ltd,[2] has applied to the Secretary of State to remove the status of the land as town or village green, in exchange for a site off Plank Lane which would become designated as a green.  The application, if granted, would enable the owner to redevelop the site under an existing planning permission.[3]

The society has criticised the applicant for erecting fencing around Market Green.  Says Hugh Craddock, one of our case officers: ‘a tall fence has been put around the green to keep people out.  The owner says this is to exclude fly tipping—but not only would this risk be minimised if the land were managed for the public, but the fencing is a public nuisance under the Commons Act 1876.  We call upon North Warwickshire Borough Council to take enforcement action to have the fencing removed.’

The society is opposing the application for ‘exchange’ of the green.  Whereas Market Green is close to where people live, in an area where there is little other recreational space, the replacement site is sequestered down a country lane, and half a kilometre’s walk from the Coleshill Lane community where many parishioners live.

Hugh continued: ‘The parish council states that the replacement site will be “more beneficial to the community”—but that surely is because it says that Market green “has never been available for the community”.  Yet local people have a right to use Market Green for lawful sports and pastimes: if it has been inaccessible, what has the council done to address that deprivation?  In our view, Market Green should and must be reopened, and the maintenance taken over by the parish council in the interests of the local community living nearby.   How could the exchange improve on that?

The society also has criticised public notice given of the application.[4]  The notice referred to the purpose of the application as ‘to enable the development of family homes on the release land, currently an area of disused land prone to fly tipping and anti-social behaviour.’  Hugh commented: ‘What the notice ought to have said is that the intention is to remove the rights of local people to enjoy the land for recreation.  But instead, the applicant pretends that it’s doing local people a favour.  We have asked the Planning Inspectorate to require the application to be readvertised in objective terms, so that the community is properly informed about what’s happening.’

[1]Market green provisionally was registered as a town or village green, no. VG62, in June 1968 by Water Orton parish council. The registration became final in October 1970.
[2]Star Pubs and Bars Ltd is a subsidiary of Heineken UK Ltd.

Notice also was given in the Coleshill Post, September 2021 edition, p.25.