We are delighted that the influential Environment, Food and Rural Affairs (Efra) Committee has told the government that it must update the common-land registers or implement legislation to ensure that there are accurate registers of common land for making payments under the Common Agricultural Policy (CAP). The committee’s report, Implementation of the Common Agricultural Policy in England 2014-2020, was published today (3 December).

The committee has endorsed the society’s submission that the registers are out of date and inaccurate. The society called on the committee to recommend that government urgently implement part 1 of the Commons Act 2006 to enable the registers to be updated. 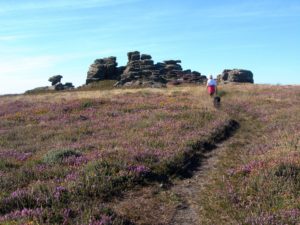 Land at Carn Kenidjack reclaimed as common land in Cornwall, a pioneer area for implementation of Part 1 of the Commons Act 2006 Photo: Ian McNeil Cooke

After quoting the Open Spaces Society’s evidence, the Efra Committee has concluded:

The government must update the commons registers or implement part 1 of the Commons Act 2006 to ensure accurate registers of common land are available for the purposes of mapping and payment. We acknowledge the benefit in the Rural Payments Agency (RPA) mapping common land ahead of the implementation of the new deal but we are concerned that it may be doing so based on registers known to be inaccurate. In response to this report we expect the RPA to set out how it will deal with this potential problem.

The Commons Act was passed with cross-party and cross-sectoral support in 2006 and part 1 enables the registers to be updated. Yet seven years on, part 1 has only been implemented in seven ‘pioneer’ areas and ministers have deferred further implementation until at least 2016.

Without an up-to-date record, it is difficult for commons to benefit from proper management to protect their value for nature conservation and public access, and the livelihoods of those who depend on them as grazing land.

Says Kate Ashbrook, our general secretary: ‘We are keen for the registers to be reopened so that we can claim “lost” commons for public access. Once they are registered we shall have the right to walk, and possibly to ride, on them. But it is in everyone’s interest that this part of the Act should be fully implemented — and the matter takes on a new urgency with the mapping for the new round of CAP payments.

‘It is time-wasting and unnecessary to base the CAP payments on out-of-date registers. By implementing legislation which is already on the statute book, ministers could ensure that the mapping process is accurate and correct.

‘It is extremely encouraging that the Efra Committee has endorsed our call for urgent implementation of part 1 of the Commons Act and we trust that ministers will take heed.’