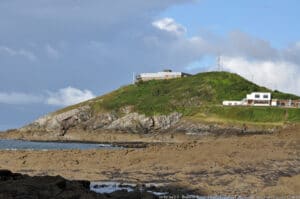 We are pleased that Swansea City and County Council has withdrawn its application to deregister [1] common land at Tutts Head, Bracelet Bay, Mumbles.  This is a popular beauty-spot, and deregistration would have made the land vulnerable to development.

Says Hugh Craddock, one of our case officers: ‘We are relieved that the council has discovered that this land is correctly registered as common.  This means that it will remain on the register and be safe from development and encroachment.  It is vital that we protect and retain our ancient commons.  Tutts Head is a prominent feature in the landscape and we are delighted that it has been saved.’

[1] The council proposed to deregister the common under paragraph 7 of schedule 2 to the Commons Act 2006 on the grounds that it ought not to have been registered under the Commons Registration Act 1965 due to an error.  On further research it discovered that the common was subject to a scheme of regulation and management under Part I of the Commons Act 1899 made in 1904, which were sufficient grounds for it to conclude that the land was indeed correctly registered.  It then withdrew its application.