On Saturday 27 April the first Spirit of Kinder Day will be held, at New Mills Town Hall in Derbyshire, from 2.30pm.  The event is to celebrate the massive contribution to the access movement of the brave trespassers on Kinder Scout, on 24 April 1932.  Five of the trespassers were imprisoned.

The speakers at the Spirit of Kinder Day include Terry Howard, chairman of the Kinder and High Peak Advisory Group; Jon Stewart, manager of the National Trust’s Peak District estate; Keith Warrender, publisher of The Battle for Kinder Scout; and our general secretary and Ramblers’ president, Kate Ashbrook.

There will be music and singing, by Boff Whalley of Chumbawamba and the Chapel Male Voice Choir.

Says Kate: ‘The trespassers were a crucial catalyst in the long battle for access to our hills and moors.  Thanks to their bravery, we can today enjoy free access to open country.  But we must not be complacent, there are many threats still to our countryside and our access to it.  We must keep the spirit of the Kinder trespassers alive and campaign for our rights with undiminished ardour.’

Read more about the Kinder Trespass and the Spirit of Kinder Day here. 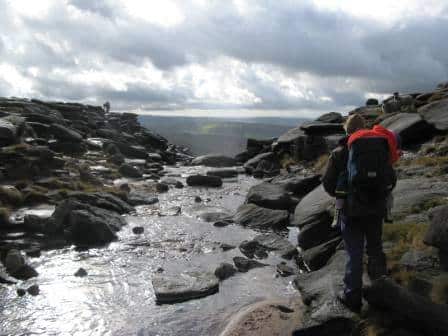