Can their lordships save our greens?2 min read

We have called on members of the House of Lords to support amendments to the Growth Bill which will prevent the government from emasculating the process for registering land as town or village greens. The House of Lords is set to debate these tomorrow (Wednesday 30 January).

Land can be registered as a town or village green if local people have used it for informal recreation, without being stopped or asking permission, for at least 20 years. Once registered, the land is protected from development.

This is our last-ditch attempt to save the right of local people to secure their precious spaces. The government claims, with little evidence, that greens registration is stopping and delaying development. Clause 14 of the Growth Bill says that once land has been earmarked for development, even if that has been done in secret, it cannot be registered as a green.

This is grossly unfair for local people who will not know that the land they love is threatened until it is too late to save it. It is also an assault of the age-old law of custom and practice, whereby if someone has enjoyed informal recreation on an area of land for 20 years he or she can apply for that activity to be recognised as a right for local people.

We are pleased that Lord Greaves and other peers have tabled amendments to mitigate the effect of clause 14. We are calling on other members of the House of Lords to back these amendments. There are amendments opposing the measures as a whole, and others which allow a period of grace for people to apply to register land once they learn that it is under threat.

There are many greens which have been registered in the last few years which were under threat and whose registration would be outlawed by the Bill. 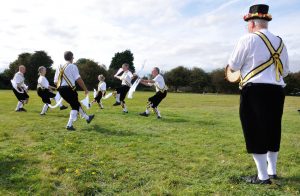 New green at Brighton Road, Clacton-on-Sea, Essex, which would have been caught by the Growth Bill.

We have long argued that there should be improvements to the greens-registration process, involving change to the regulations not the law. These include the introduction of timescales at every stage, empowerment of registration authorities (county and unitary councils) to reject truly vexatious applications, and greater liaison and transparency between registration and planning departments. Ministers have ignored our proposals – yet they would meet ministers’ concerns without firing the Growth Bill’s torpedo through the existing legislation.

Now we look to the Lords to help us save the process for registering greens. There is little time left.