We have prevailed in a High Court action to halt further development of Leigh Common. 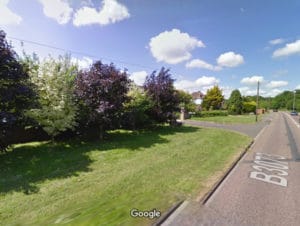 Leigh Common is a 9-hectare woodland and grassland nature reserve in Colehill, near Wimborne—the first in Dorset to be registered in 1967 and given permanent protection. In 2016 developers Gleeson Developments Ltd applied to Dorset County Council to deregister Leigh Common either side of Leigh Road—about 1.3 hectares, or one-seventh of the entire common. Lewis Wyatt (Construction) Ltd then applied in 2017 to deregister part of the same land. Both developers at that time had interests in building on land to the south of Leigh Road.

In January 2019, the council granted the applications relating to most of the land south of Leigh Road, conceding that it had made a mistake in 1967 in originally registering the land. It agreed with the developers that the land at that time was part of Leigh Road, and should not have been registered. It ignored the society’s objections that:

(a) the council had made no mistake in 1967—it was obliged to register the land as common land, and did so;

(b) the council’s then county surveyor objected only to the registration of a six-foot strip of verge on the north side of the road—and the strip was removed by agreement;

(c) the evidence that the land was part of the highway was highly questionable—and not anyway available to the council in 1967.

The society contested the council’s decisions, and the council agreed that they should be quashed by the High Court. However, BDW Trading Ltd (part of Barratt Developments plc), which had purchased Gleeson’s interest in adjoining land, refused to agree, and the society was obliged to apply to the High Court to seek judicial review. BDW maintained its objection, saying to the court that the society’s application was ‘hopeless’. But High Court judge Mrs Justice Andrews DBE granted permission for judicial review, referring to the ‘bullying tone of the correspondence from BDW’.
Finally, less than a month before the High Court hearing, BDW offered to settle the case by allowing the council’s decisions to be quashed, as the society had sought, and paying £37,000 towards the society’s costs. The society has agreed not to object to a future application for consent to construct a short section of cycle track south of Leigh Road.

‘We have stood our ground, and ensured that this land is preserved as part of Leigh Common and protected for future generations. We are only sorry that the Secretary of State, in 2017 and 2018, granted consent for road works on the common to enable access to new development, without requiring developers to provide compensating land. For those parts of Leigh Common, it is already too late.’

Hugh added: ‘The society argued that it was correct that land was registered as common land, even though it might also be part of the highway, and the court order supports that view. There are many commons in England which are partly or wholly highway land, and had BDW’s view prevailed, it could have led to local authorities deregistering land all over the country, opening it up to development—just as was wanted at Leigh Common.
‘We are very grateful to our members and others, and to our legal team at New Square Chambers and Richard Buxton, who supported our campaign to resist the deregistration of part of Leigh Common. We now expect that other local authorities will take note that the status of land as highway is not a reason for deregistration—and if they don’t, we shall see them in court.’