The aim of the Deregulation Act 2015 is to speed up the processing and determination of path claims. It is the result of many years’ work, and the consensus reached, by the rights of way stakeholder working group, consisting of balanced representation from landowners, local authorities and users. Our general secretary Kate Ashbrook is a member of this forum. along with Janet Davis, Robert Halstead, Alan Kind and Mark Weston. 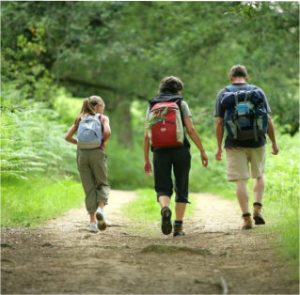 The group has a role to assist in drafting the regulations and guidance. Importantly, it will also help to determine exactly which categories of route will be exempt from the 2026 cut off.

The Stakeholder Working Group on unrecorded public rights of way representing rights of way-users has been in existence since 2008, and people in the rights of way-community often ask us where the group has got to regarding implementation of the 2026 cut-off date, and the other associated reforms under Part II of the Countryside and Rights of Way Act 2000 and under the Deregulation Act 2015, now that we are only four years away.

During the last 12 months the group has met regularly, and many times, until the autumn of 2018, since when there has been no face-to-face meeting, and only one, perfunctory, online meeting. Neither have the specialist working groups, particularly those for ‘urban areas’, and ‘widths’, been able to conclude their work.

Defra (under whose supervision the group operates) has been adversely affected by Brexit, cuts, the Environment Bill, and the pandemic. During this period the responsible team has had a considerable turnover of officers, and this seriously harms ‘corporate knowledge’ and the ability to take things forward again.

Even when the group, and the specialist working groups, can again properly get to grips with the outstanding issues, Defra has to allocate sufficient input from its lawyers in order to make the draft statutory instruments workable and robust. Moreover, the group agreed originally that there should be a review (in 2015, ie five years after the legislation was implemented) to assess the effect of the legislation with time to make adjustments before 2026. That time has long expired.

Statutory instruments of this kind are usually laid before Parliament in April or October in each year. With the best will in the world April 2022 is now unobtainable, and October 2022 would require group activity to start up fully again in the New Year, and with a pace never before achieved. There is no sign that this is going to happen.

As time passes, other parts of the rights of way-processes start to fail. Much of the Government and PINS guidance, excellent as it was when introduced, is now getting seriously out of date. We have told Defra this, and there is a standing offer to help with revisions (which need not wait for activity in the group to resume), but this currently looks to have zero priority. And, outside the group (which was and remains constituted solely to focus on the 2026 reforms), there is now no mechanism for regular liaison between Defra and national interests in rights of way.

The five rights of way- members remain committed to the group, but the absence of any real progress in the last three years, as the cut-off date reaches ever closer, is deeply unsatisfactory. The group also misses having an active Chair since Ray Anderson retired.

Some degree of deferment of the cut-off looks increasingly likely in the circumstances, but that is in the Minister’s gift. The group has not been able to discuss deferment, because it has not had the opportunity for a substantive discussion on any aspect of the reforms since 2018.

Update 15 December 2021: Defra has called a Stakeholder Group meeting for the end of January 2022.