Our general secretary, Kate Ashbrook considers the wider implications of a recent court of appeal judgment on greens.

Town and village greens have been dealt a further body-blow. The appeal court has outlawed the registration of land which is within a ‘settlement boundary’ as a green.

Ever since the egregious Growth and Infrastructure Act 2013 introduced ‘trigger events’ which, in England, prevented greens registration on land with even a whiff of planning permission, the opportunities for registration have been curtailed. But this judgment, for 380 square metres of amenity space at Vowley View on the edge of Royal Wootton Bassett (RWB) in Wiltshire, will have a dismal impact. 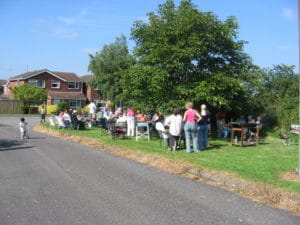 One of the trigger events is the identification of land for potential development in a development plan. RWB was included in the Wiltshire core strategy as a market town with development potential. The judges said that registration of the Vowley View land as a green ‘would frustrate the broad objectives of the plan’—even though its boundaries had not been identified as a development site.

So now greens can be stolen from us behind our backs.

Unhelpfully, Lord Justice Lewison threw down the sop that land can instead be designated as local green space (LGS) but, as we explain here, LGS is greatly inferior to a green. It provides neither rights of recreation nor permanent protection to land. And it can only be designated when the neighbourhood or local plan is prepared or reviewed. It is no alternative to a town or village green.

It is now harder than ever for local people to protect the open spaces they have used and enjoyed for decades, despite government pledges.

Last year the government’s 25-year environment plan set a target: to ensure that ‘there are high-quality, accessible, natural spaces close to where people live and work’—but it is clear from the first-year progress report on the plan that little is happening. Government has announced a trivial £13.1 million to improve and create parks and green spaces in England. Austerity-ridden councils still struggle to maintain these assets.

The government pledged that new developments should include accessible green spaces, but is this happening? Although we have argued that such spaces should be registered as greens to secure them for ever, the idea has so far been ignored.

In fact, the 25-year plan failed to mention village greens at all, yet people have, by continuous use, voted with their feet to save their treasured spaces.

Now that the courts have sneered at greens so contemptuously it is vital that communities identify eligible land for registration before those spaces become (often surreptitiously) land for ‘potential development’.