We are set to clash with the Ministry of Defence (MoD) at the forthcoming public inquiry into the government’s application to deregister three large upland commons in Cumbria: Burton & Warcop fells, Murton and Hilton. This would turn the commons into private land and the application threatens to be the largest inclosure of common land since the major enclosures of the eighteenth and nineteenth centuries. 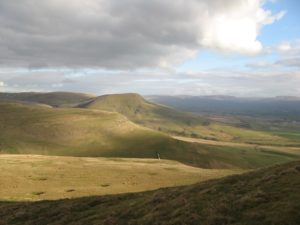 The public inquiry has been called by Cumbria County Council, the commons registration authority, and will be held on 13 and 14 September at Kendal County Hall. The objectors include the Foundation for Common Land, the Cumbria Federation of Commons, the Friends of the Lake District and the Hilton Commoners.

The objectors say the deregistration would be unlawful and flies in the face of undertakings made by the MoD, at a public inquiry, to keep the commons registered in perpetuity.

The application to Cumbria County Council is to deregister around 1% (4,500 hectares) of England’s total common land. Cumbria contains around 31% of the registered common land in England which is mostly in the uplands—the Lake District, Yorkshire Dales, and North Pennines. The area covered by commons in Cumbria is 112,786 ha and these three commons cover some 4,500 ha.

The threatened commons are to the north-east of Appleby-in-Westmorland, in the North Pennines Area of Outstanding Natural Beauty. If the land is deregistered, it will bring to an end hundreds of years of tradition of upland commoning, and the farming community, which used to have vital grazing rights over this land, could be denied any opportunity in future to graze their stock there.

In 2002 the commoners accepted the buy-out and extinguishment of their grazing rights by MoD on the understanding that MoD would leave the commons on the common-land register. Now MoD wants to cancel that undertaking without any mitigation.

The Open Spaces Society questions MoD’s motive in wanting to deregister the commons. Says case officer Hugh Craddock: ‘If MoD is true to its word that it does not intend to develop the commons, we cannot see why it wants to deregister them. It is a pointless exercise which is extremely expensive for the public purse and for hard-pressed charities too, requiring a two-day public inquiry with legal representation. It has angered local people and national organisations and will achieve nothing.

‘The MoD says that registration of the land under the Commons Act 2006 is incompatible with training use. But its arguments are demonstrably false. Parliament has expressly allowed for the Warcop training estate to be exempted from any requirement for consent to works on the commons(7). And concerns that a commons council for the Warcop commons could interfere with training activity are simply absurd: it will never happen.

‘For far too long the MoD has wasted taxpayers’ money while it messes around with the legal status of the Warcop Commons, instead of getting on with managing them in the interests of all.

‘Yet of course we must fight this because it does open the door to encroachment on or development of the commons, to the detriment of the graziers and the public who enjoy rights of access there. The commons are an important feature in the North Pennines AONB and should be protected at all cost.

‘We have a challenge for the MoD,’ Hugh continues. ‘Wait and see. There is not the slightest evidence yet, 12 years after enactment, that the Commons Act 2006 is interfering with management of the Warcop training estate. The MoD should put up such evidence, or withdraw. There is nothing to prevent the MoD renewing its application in future if, notwithstanding the protections in the Commons Act 2006, it can show there is genuine interference. Until then, Defence Ministers should put a stop to this nonsense of deregistration and the waste of public funds.’

A public inquiry, held in Appleby in 2001, led to all grazing rights on the commons being bought out by the MoD. In return the MoD created some additional access opportunities on Murton Common and undertook not to deregister the Commons. It also undertook to create new common rights to ensure that the commons would exist in perpetuity. These limited rights were never delivered by the MoD.