We have appointed Nicholas Whitsun-Jones as its local correspondent for the Teignbridge district in Devon. 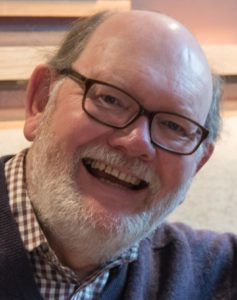 Nicholas will be the society’s guardian in the area of Teignbridge District Council (including part of the Dartmoor National Park), keeping a close watch on paths, commons, greens and open spaces.

Nicholas was in the legal profession for 45 years, specialising in planning and environmental law, including rights of way.  Since retirement he has done voluntary work for the Campaign to Protect Rural England (CPRE) in Somerset and Devon, and now the Open Spaces Society.  He very much enjoys country life, including walking and riding (cycles and occasionally horses).

Says Nicholas: ‘I am pleased to be appointed as a local correspondent for the Open Spaces Society.  The Teignbridge district of Devon is varied and beautiful, encompassing coastline, farmland, moor, and some more urban areas.  I look forward to getting to know all of it better while carrying out the work of the society in defending green spaces and paths.’

Says Kate Ashbrook, our society’s general secretary: ‘We welcome Nicholas as our local correspondent in an immensely beautiful part of England, where he will champion public access and people’s ability to exercise their rights to enjoy paths and open spaces, and help protect them from hostile development.  It is excellent that we are able to extend our reach and influence through Nicholas’ appointment.’