Outdoor activists in Norfolk are angry that Norfolk County Council trumpets that it is third out of 28 councils for ‘satisfaction with its highways and transport services’, while ignoring the fact that for the last three years Norfolk has been in the bottom three or four for ‘satisfaction with public rights of way’ and this year is 25th out of 28.. Public paths are highways in law just like any road.

The survey is the annual National Highways and Transport Network Survey, by Ipsos MORI. 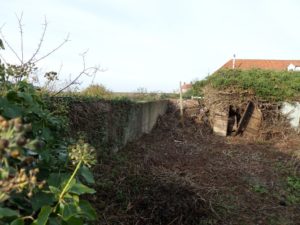 The Ramblers and the Open Spaces Society are putting a question to the county council’s Environment, Development and Transport Committee (EDT) on Friday 11 November to ask:

‘A recent NCC Press Release announces “Podium position three years in a row for Norfolk” (2016 Highways and Transport Network Survey), for which congratulations are due. It doesn’t mention that for three years consecutively, Norfolk has been in the bottom 3 or 4 for “Satisfaction with public rights of way”, this year 25th of 28. If Norfolk is serious in aspirations to promote itself as a preferred tourist destination, public satisfaction scores should be brought towards the top of the list. Will the Committee refer this as a significant concern to the Local Access Forum and ask them to bring forward proposals, or does the Committee have other proposals to address this?’

Says Ian Witham, the Open Spaces Society’s local correspondent: ‘Time after time we report path problems to Norfolk County Council—such as public paths unlawfully cropped, ploughed and not reinstated, or overgrown with vegetation, or with missing signposts and waymarks, broken stiles and gates, but little appears to be done. It is not surprising that there is such a low satisfaction level with the service. It is not the fault of the staff: we know that the rights-of-way department is under-funded. Yet this is a false economy when well-maintained public paths will assure people a warm welcome to the county and help to increase its prosperity. In any case, the county council has a legal duty to maintain the paths.

‘We hope the EDT will give a positive answer to our question and will ask Norfolk’s Local Access Forum, which advises the council on access issues, to bring forward proposals to improve the situation—which it will then implement.’