We are delighted at the announcement by Nick Clegg, the Deputy Prime Minister, that the government will put more money into providing access around England’s coast and into producing online maps of publicly-accessible green space.

Speaking at the Royal Society for Protection of Birds’ State of Nature conference, Mr Clegg said that the government would provide additional funding to speed up coastal access so that it will be complete by 2020.

He also said that the Ordnance Survey would provide data to allow for a new map of every publicly-accessible green space in England and Wales.

Says Kate Ashbrook, our general secretary: ‘We are delighted that coastal access had been given such a boost.  It will be a huge benefit to visitors and residents and it is great news 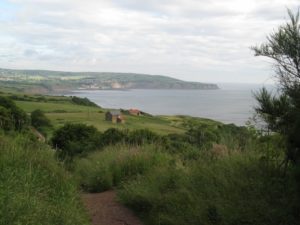 that it is to be completed ten years earlier than planned.

‘However the government downplays it by calling it a “coastal path”.  The access is much more than a path, it includes spreading room between the path and the sea and inland to the

first boundary, giving people an opportunity to wander freely and enjoy the spectacular landscapes and views.  In this respect it is superior to the Wales Coastal Path which is just a path.

‘We are also pleased to learn of the new project for green space, bringing these vital lungs to the public’s attention.  But it is essential that local authorities maintain and increase their funding for public spaces, and resist using them for commercial purposes, so that they are a joy to visit.

‘Green spaces are vital for relaxation, refreshment and reflection.  Too many parks are now run down and neglected.  They are the green jewels of our towns,’ Kate concludes.