We are pleased that Breedon Aggregates have altered their plans to extend South Witham quarry in south Lincolnshire so as to preserve the route of a much-loved public footpath.

The path runs between the villages of South Witham and Thistleton, and was on the edge of the quarry extension which was proposed last year.  In the face of objections to the loss of the path, the developers have removed the eastern part of the extension from their plans and are now putting forward a smaller proposal which does not affect the footpath. 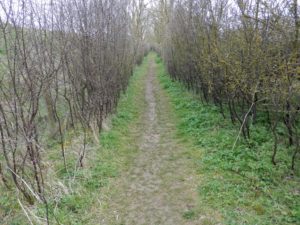 Fortunately, the applicants recognised the importance of protecting this public footpath and have amended their plans.  Now the footpath will be safe, although the development will create an unpleasant environment.  We have expressed our concern that the quarry extension will spoil the public’s enjoyment of the rights of way in the area—it will be visible, noisy, dusty and smelly.

We have asked the council for the necessary mitigation to ensure that users of the public paths are not adversely affected.